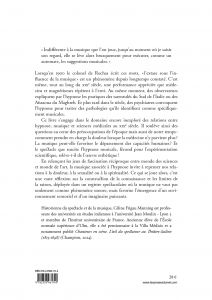 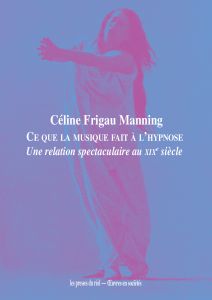 order
wishlist
The unexplored interactions between hypnosis, music and medicine in the 19th century, between the world of science and the world of art.
"Indifferent to the music being played, up until the moment when I catch her gaze, she abruptly stands in order to perform, like an automaton, the musical suggestions."

When this text was written in 1900 by Colonel de Rochas, the phenomenon of "ecstasy under the influence of music" had long been observed. Throughout the nineteenth century, it was even a well-appreciated performance with which magnetizers and doctors recurrently experimented, while scientists and observers relied on hypnosis to explain tarantism in Southern Italy, or the self-mutilating practises of the Aissawa brotherhood in North Africa. And in the last decades of the century, psychiatrists used hypnosis to treat curious pathologies which they identified as specifically musical in nature.
This book ventures into the still unexplored territories of the interactions between hypnosis, music and the medical sciences in the nineteenth century. It thus addresses central concerns of nineteenth-century cultures, while stimulating approaches to our own contemporary interrogations: how are we to deal with pain, for instance, when traditional medicine has failed? Can music, in certain conditions, allow one to overcome human limitations? And to what extent can a performance which brings together music with hypnosis stake a claim to aesthetic value?
Fueling the reciprocal fascination between the world of science and the world of art, music associated with hypnosis allows us, as Céline Frigau Manning demonstrates, to challenge a range of subjective relationships to pain, sexuality, spirituality and art. What then plays out in these questionings is an extensive reflection on the construction of knowledge and the limits of reason. This reflection occurs in a spectacular register in which music is not merely broached according to a sonic or auditory paradigm. Music contributes here to a powerful sensorial environment and the disruption of long-held beliefs in rationality.
A historian of music and performance, Céline Frigau Manning is full professor in Italian Studies at Université Lyon 3, France, and a member of the Institut universitaire de France.
order wishlist
published in October 2021
French edition
17 x 24 cm (softcover)
384 pages (ill.)
28.00 €
ISBN : 978-2-37896-174-9
EAN : 9782378961749
in stock 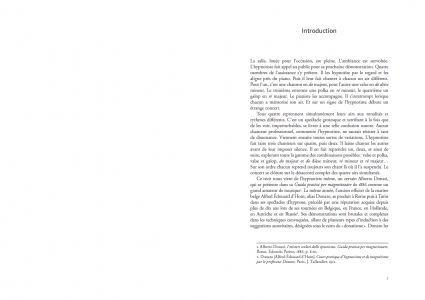 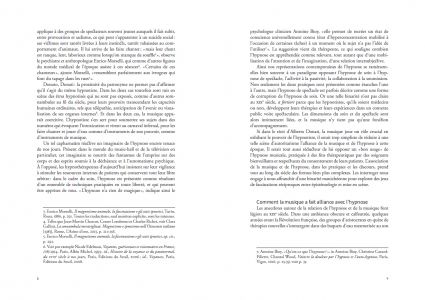 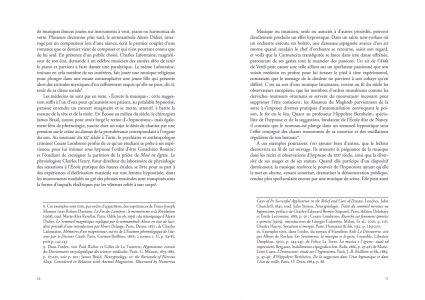 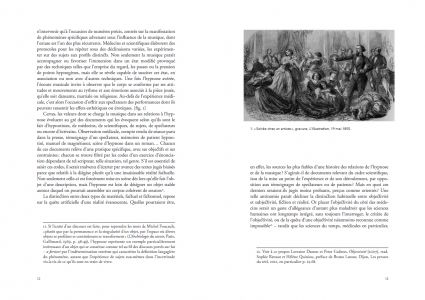 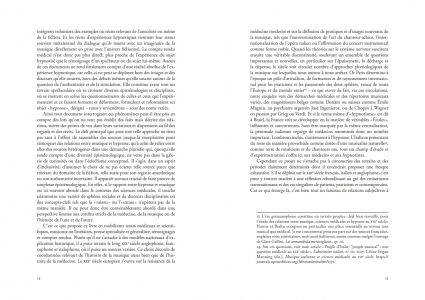 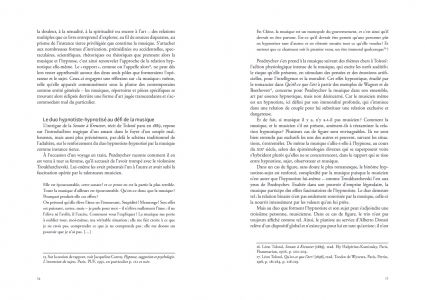 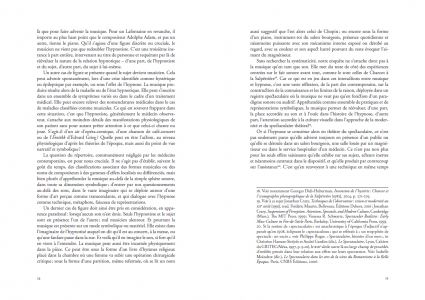 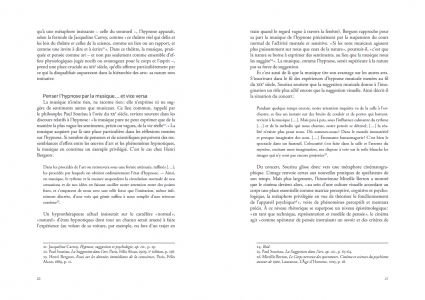 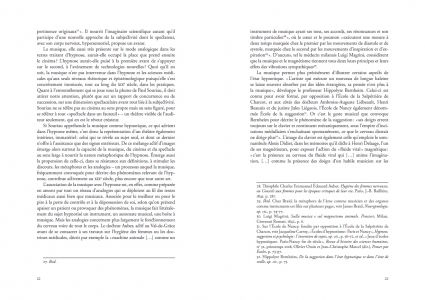 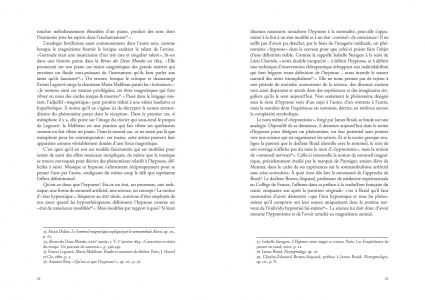 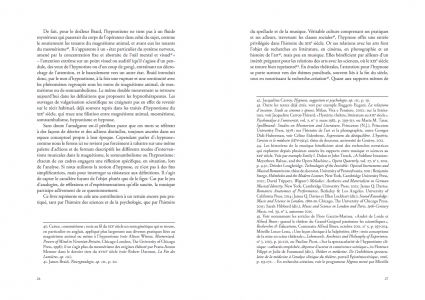 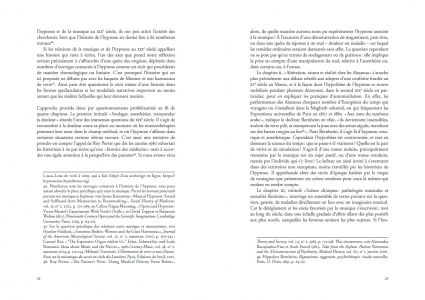 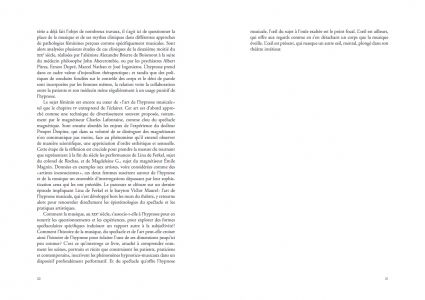 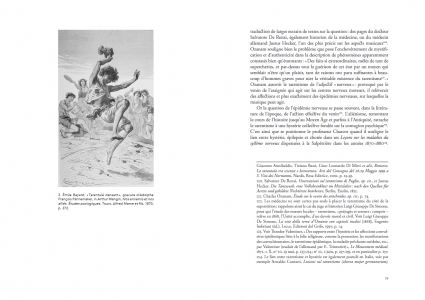 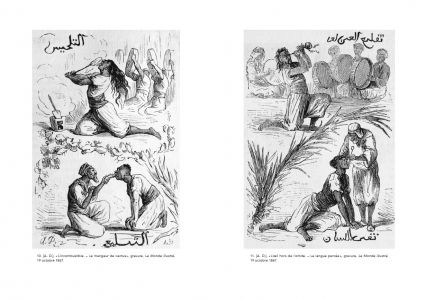 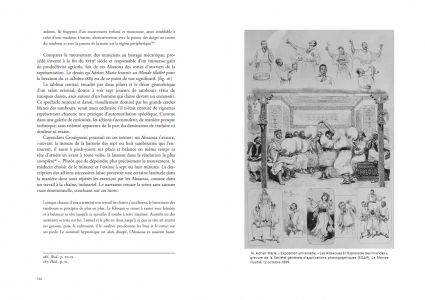 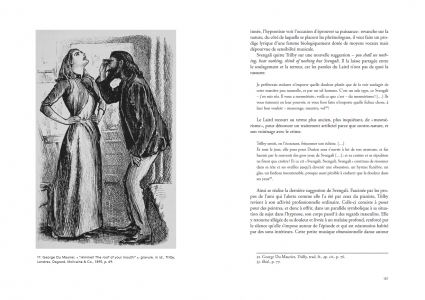 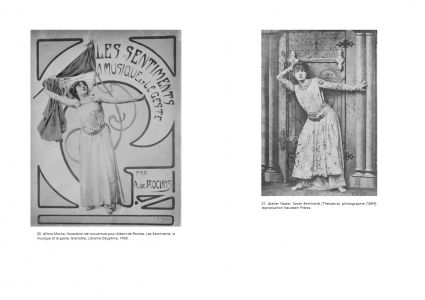 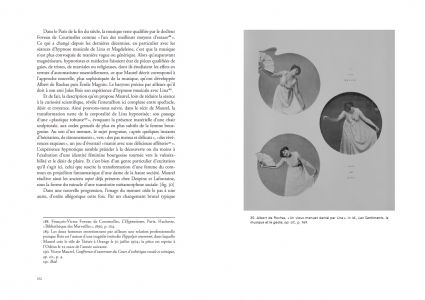 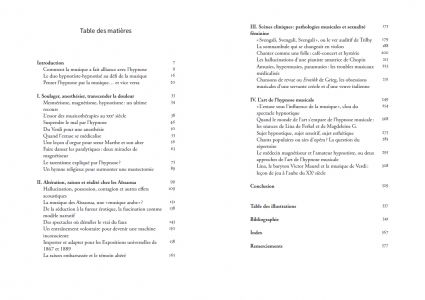