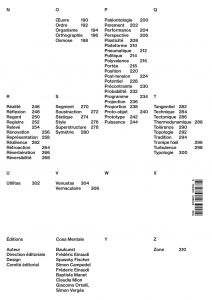 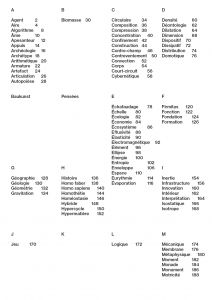 order
wishlist
A portrait of the Belgian architecture office BAUKUNST (Adrien Verschuere) through words, definitions and quotations.
A construction of collisions of ideas, a mix of thoughts, which bring out new images, silences, certainties, doubts, worlds, and which present us a method of thinking and composing, this publication is the result of the long work carried out by the Brussels architecture agency BAUKUNST. The book is composed of voluntarily fragmentary parts assembled in a triptych form taking again Words, Definitions, and Quotations. The Words are organized in the form of an alphabet primer and belong to vast and varied disciplinary fields. The Definitions are selected among a field of possible meanings for each word. The Citations are extracted from books directly from the agency's library.
Combining art and technology, dialoguing and interplaying various forms of knowledge, Belgian architecte office BAUKUNST, founded by Adrien Verschuere, is committed to explore architecture as a medium with which both to think about building (BAU) and build ways of thinking (KUNST).
After studies in Architecture at ISA St-Luc Tournai, Belgium and at the École Polytechnique Fédérale de Lausanne, Switzerland (diploma with Prof. E. Zenghelis in 1999), Adrien Verschuere was a design architect at Herzog & de Meuron, Basel between 2000 and 2003 and at the Office for Metropolitan Architecture - Rem Koolhaas, Rotterdam until 2001. Adrien Verschuere is the co-founder of the architecture firm Made in, Geneva, Switzerland. In 2010, he established BAUKUNST in Brussels and from 2017 in Lausanne. In 2019, BAUKUNST presented its first solo show at Bozar (Brussels), accompanied by a monograph publication (Ed. by Koenig Books) and at the Solo Galerie (Paris) in 2020. Adrien Verschuere is regularly invited as guest critic or lecturer in various institutions, among others : the FAUP Porto, IRGE Universität Stuttgart, Berlage Institute Rotterdam, USI Accademia di Architettura Mendrisio, Kyoto Design Lab, and ETH Zürich. From 2019, Adrien Verschuere is Visiting Professor at the École Polytechnique Fédérale de Lausanne, Switzerland.
order wishlist
Edited by Frédéric Einaudi. 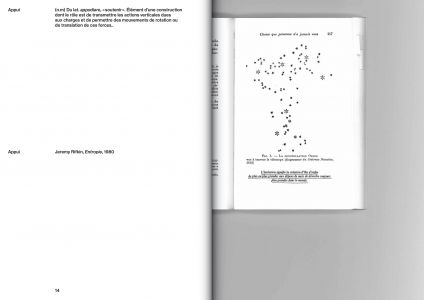 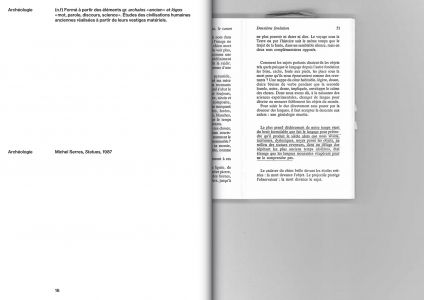 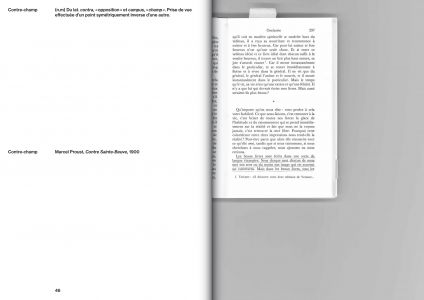 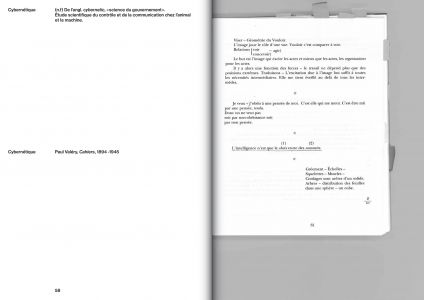 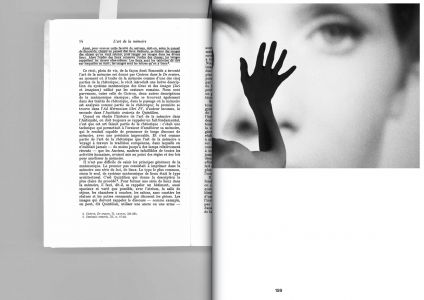 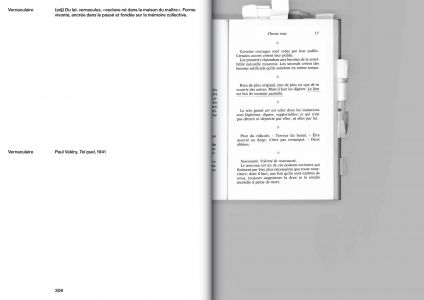