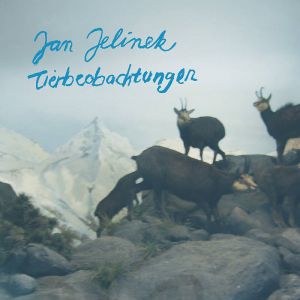 order
Jan Jelinek's album Tierbeoachtungen in a limited pressing on vinyl for the first time.
Originally released on Scape in 2006 as a CD and download, the album's six tracks took their cues from Jelinek's live concerts of that period: dense, slowly unfolding loop improvisations made with a laptop, various effect pedals and miniature synthesizers. It is music that floats in a semi-conscious state between dream and awakening, always slightly mysterious, leaving traces that lead directly to the psychedelic-cosmic music of the kraut era.
faitiche · Jan Jelinek: The Ballad Of Soap Und: Die GEMA Nimmt Kontakt Auf
Jan Jelinek is a German electronic musician who also operates under the names Farben, Gramm and The Exposures. His works deal with the transformation of sounds, translating source materials from popular music into abstract, reduced textures. He constructs collages using tiny sound fragments from a wide variety of recording devices: tape recorders, digital samplers, media players and the like. The recordings are processed into repetitive loops that boil the original down to its essentials.
He is the founder of the German record label Faitiche.
order
published in September 2020
20.00 €
in stock