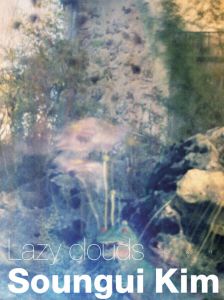 order
wishlist
Catalogue of Soun-Gui Kim's retrospective exhibition in South Korea: an overview of her work since the late 1960s.
Lazy Clouds explores artist Soun-Gui Kim's world of art from the late 1960s to the present. “Lazy Clouds” was the title of a poem written by the artist, and became the title of her book of poetry, published in France. Though capitalist society criticizes laziness as a sign of insincerity and indolence, Soun-Gui Kim focuses on the creative and philosophical possibilities of laziness. The lazy life she has pursued is full of delightful play and amazing discoveries, in contrast to meaningless busyness that makes us forget the essence of life. Like the clouds, which transform freely and drift along making their own paths in the sky, artist Soun-Gui Kim lives a life that is not confined to formalities, but pioneers new roads of art ahead of her times, creating new paths in untrodden land.
Published on the occasion of the eponymous exhibition at National Museum of Modern and Contemporary Art, Korea (MMCA), from August 31, 2019, to January 27, 2020.
Born 1946 in Buyeo (Korea), Soun-Gui Kim lives and works in France since 1971, and exhibits internationally. She approaches the arts through Eastern philosophies, such as that of Tchuang-Tseu, and combines meditative stance with Western philosophical interrogation, around one main question: how does silence and resistance arrive?
Soun-Gui Kim graduated from the Department of Art at Seoul National University in 1971, with an interest in the deconstruction of painting and large-scale performances and video works in public space. In 1974, she accepted a professorship at the École Supérieure des Beaux-Arts in Marseille. In 1982, Soun-Gui Kim's travels to various countries around the world led to her intensive engagement with the culture and art of the East and West. While in New York, she associated with renowned video artists such as Nam June Paik, Ko Nakajima, Ira Schneider, and Frank Gillette.
With her deepening interest in video and multimedia, she organized Video & Multimedia: Soun-Gui Kim and her invitees (1986), with the participation of Nam June Paik, John Cage and others. Since the late 1980s, issues related to the spread of global capitalism and structural changes in society caused by the internet have become particularly important for her. Her art projects also frequently combine poetry, philosophy, art, and technology.
order wishlist
Edited by Bummo Youn.