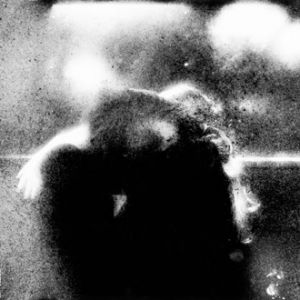 order
Oiseaux-Tempête's fourth studio album embraces the new, leaving aside the nomadic evocations of the previous albums to unfold as a twilight and prophetic orchestra around G.W. Sok's punctuated voice.
This fourth studio album and seventh release on Sub Rosa embraces the new. Leaving aside for a while the logbooks of long journeys and the field recordings of the previous albums, the music of Oiseaux-Tempête unfolds as a twilight and prophetic orchestra around G.W. Sok's punctuated voice.
The poems of Mahmoud Darwish, Ghayath Almadhoun and Yu Jian question the modern man and his double, the strange and foreign, the fragmented real, the violence, society and its mirror. The eyes we hide behind, the ones we should open. These intimate compasses which can make us rise together in the midst of shrouded ruins; there is always a black raven to defy the horizon.
Edited and mixed between Montreal and Paris, From Somewhere Invisible summons the fever of experimentation and the powerful sound of the game coming together in the service of a luxuriant and psychedelic drift. From one sea to another, the gathering sound, the gathering glow, comes together. Desire, the great fire, at the four corners dancing like fireflies, ready to open the map of the world.
Oiseaux-Tempête is a French musical band founded in 2012 by Frédéric D. Oberland and Stéphane Pigneul.
“In Oiseaux-Tempête, Frédéric D. Oberland and Stéphane Pigneul have chosen a name, a call from the sea, of almost totemic quality. First, perhaps, it offers the suggestion of journeys over great distance, the distant hymns of fortune-tellers and gravitydefying acts of the oracles. Yet at the same time, comes the idea of earthly chaos, a willing reference to the telluric frenzy that darkens the sky yet also, paradoxically, brings promise of a radiant tomorrow” (Alexandre François).
order
Recorded by Radwan Ghazi Moumneh.
Mastering: Harris Newman at Grey Market.