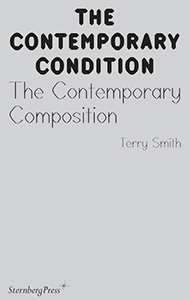 order
A visionary essay on the notion of artistic composition in a world spinning into a confused chaos.
Can we speak of composition when we are in a state of unfathomable decomposition? Art being made today defies coherent categorization, and the world presents itself, day after day, as spinning into confused chaos, structural disintegration, and violent disorder. Revising his well-known histories of contemporary art, Terry Smith argues that we must respond to the compelling need for coeval composition at a time defined by the contemporaneity of divisive difference. This book traces how—despite many obstacles—visual artists across the globe are rising to this challenge.
This book is the volume 2 of “The Contemporary Condition” series, edited by Geoff Cox and Jacob Lund and published with Aarhus University, and ARoS Art Museum (Denmark). The aim of the series is to question the formation of subjectivity and concept of temporality in the world now. It begins from the assumption that art, with its ability to investigate the present and make meaning from it, can lead to an understanding of wider developments within culture and society. Addressing a perceived gap in existing literature on the subject, the series focuses on three broad strands: the issue of temporality, the role of contemporary media and computational technologies, and how artistic practice makes epistemic claims.
Terry Smith (born 1944 in Geelong, Victoria) is Andrew W. Mellon Professor of Contemporary Art History and Theory in the Department of the History of Art and Architecture at the University of Pittsburgh, and Professor in the Division of Philosophy, Art and Critical Thought at the European Graduate School. He is Faculty at Large in the Curatorial Program of the School of Visual Arts, New York. From 2011 to 2014 he was Distinguished Visiting Professor at the National Institute for Experimental Arts, College of Fine Arts, University of New South Wales, Sydney. He was the 2010 winner of the Franklin Jewett Mather Award for art criticism conferred by the College Art Association (USA), and in 2011 received the Australia Council Visual Arts Laureate Award. In 2014 he was a Clark Fellow at the Sterling and Francine Clark Institute, Williamstown, Massachusetts, in 2007-8 the GlaxoSmithKlein Senior Fellow at the National Humanities Research Centre, Raleigh-Durham, and in 2001-2002 he was a Getty Scholar at the Getty Research Institute, Los Angeles. From 1994 to 2001 he was Power Professor of Contemporary Art and Director of the Power Institute, Foundation for Art and Visual Culture, University of Sydney. He was a member of the Art & Language group (New York) and a founder of Union Media Services (Sydney). During the 1970s he was art critic at these Australian newspapers: Weekend Australian, Nation Review, Times on Sunday; he continues to write for art journals and magazines throughout the world. A foundation Board member of the Museum of Contemporary Art, Sydney, and from 2004 to 2014 Board member of the Andy Warhol Museum, Pittsburgh, he is currently a member of the Board of the Carnegie Museum of Art, Pittsburgh.
order
Edited by Geoff Cox and Jacob Lund. 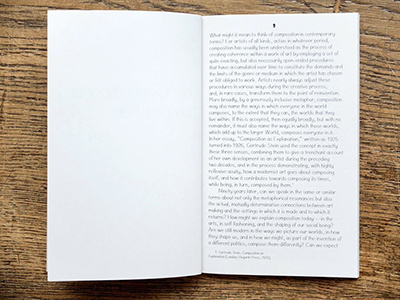 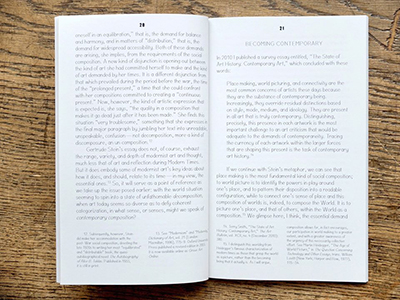