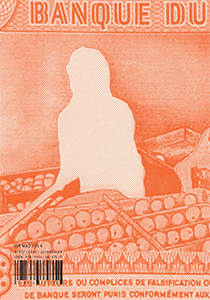 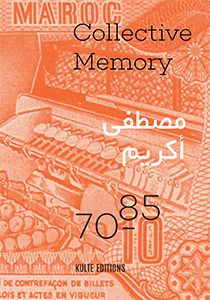 order
wishlist
With Collective Memory, Mustapha Akrim appropriates one of the most pervasive and widely circulated media of official postcolonial visual culture, the Moroccan dirham. At stake here is how visual representation affects political representation and vice versa.
“In his most recent body of work, a series of drawings based on Moroccan paper currency, Akrim delves into postcolonial state-sponsored visual culture and interrogates its representation of labor. Mining the archives of the official past in order to propose new images for the future, he transforms mass-produced, printed ephemera made to circulate in many simultaneous and identical copies until it disintegrates into singular works of art.
As painted replicas and recreations of discontinued currency, Akrim's dirhams appropriate one of the most pervasive and widely circulated media of official postcolonial Moroccan visual culture. Currency, scholars from various disciplines have noted, has long functioned as a kind of propaganda or advertising for the state, especially at key historical junctures, such as in the first decades after a nation's independence or following major political change. At stake in Akrim's adaptations of paper money is how visual representation affects political representation and vice versa. Equally critical, particularly for an artist like Akrim whose work is rooted in current questions of labor, politics, and collective memory, is the extent to which the ephemera of the past can provoke new ways of picturing the present and projecting a future.”
Emma Chubb
Mustapha Akrim (born 1981 in Salé, Morocco, lives and works in Rabat) graduated from the Institut national des beaux-arts in Tétouan in 2008. His art questions the nature of work and the difference between construction and creating art in light of society's state of constant change. He is part of a generation of artists that is developing a new language with which to redefine the basis of expression in the visual arts in Morocco (Generation 00). With a nuanced understanding of history and the dynamics of power, this generation searches for a new freedom in its break from the aesthetics developed in the immediate post-colonial period and after.
order wishlist
Graphic design: Yasmina Naji and Kenza Benbouchaib.
published in December 2015
trilingual edition (English / Arabic / French)
14,5 x 21 cm (5 tear-off booklets)
24 pages (color ill.)
15.00 €
ISBN : 978-9954-36-676-9
EAN : 9789954366769
in stock 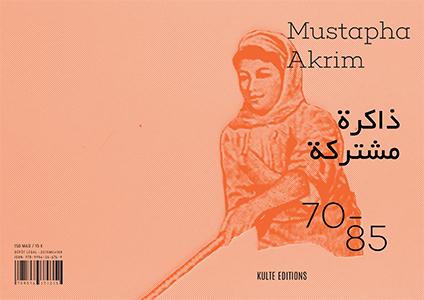 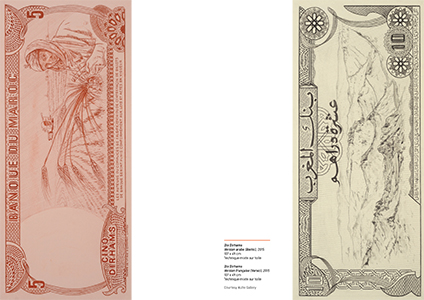 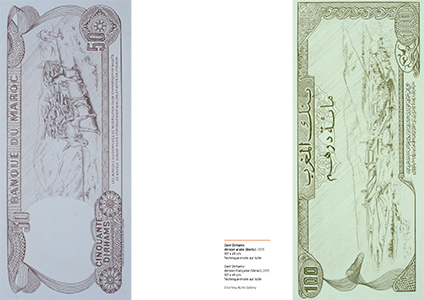