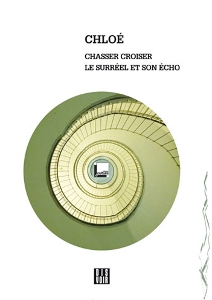 order
wishlist
This original radio sound piece unfurls a multiple electroacoustic flux in which audio archives of the voices of the great surrealist heroes of the Twenties (Man Ray, Duchamp, Aragon) are given a new breath of life and become electric.
Also available in English edition.
Chloé Thévenin (born, 1976 in Paris) is a French DJ, artist and composer. Her style, poised between genres and aesthetics, reflects a unique eclecticism which has led her to become one of the most sought-after leaders of the contemporary electronic scene. Chloe became one the emblematic figures of the legendary Pulp Club in Paris through her monthly residency; she plays at all the most prestigious European clubs, music venues and is a regular headliner on the festival circuit. Chloé continues to produce remixes, EPs and albums; the first, The Waiting Room, in 2007 and One in Other in 2010. At the same time she continues to expand her collaborations with other artists, choreographers, performers and film-makers.
order wishlist
published in March 2011
French edition
16,5 x 21,5 cm (softcover)
64 pages (92 color & b/w ill.)
29.00 €
ISBN : 978-2-914563-65-9
EAN : 9782914563659
in stock