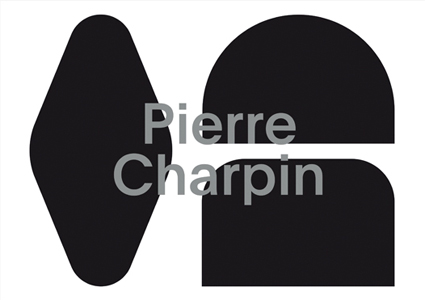 Twenty-five years of design.
Richly illustrated with both objects and drawings, this monograph brings together essays by former Centre Pompidou Paris Head of Design Françoise Guichon, and design critic Alessandra Fanari, as well as an extensive conversation with design historian Marco Romanelli. The book concludes with an index of Charpin's creations from the last 25 years.
French designer Pierre Charpin (born 1962, lives in Paris) holds a singular position within his field. He became a designer after finishing his Visual Arts studies and started to gain recognition in the mid-1990s. Articulated with a strong and liberated use of colors and materials, his creations—objects, furniture and exhibition designs—deal with the notions of landscape and autonomy, humor and surprise, poetic presence and minimalism. He speaks of them in terms of “receptors” rather than “emitters,” envisaging "objects primarily as forms, and only on a second level as functional, triggering a process of projection and empathy, so others can decide what meaning to give to an object."
Creating limited-edition series in association with Galerie kreo (Paris), working with world-famous glass workshop CIRVA (Marseille) and Manufacture nationale de Sèvres porcelain studios, as well as collaborating with renowned manufacturers such as Alessi, Tectona, and Zanotta, Pierre Charpin is active in both industrial and experimental design. In 2005 he was elected “Creator of the Year” at the Paris Salon du meuble. Grand-Hornu Images (Belgium) organized a retrospective of his work in 2011.
Edited by Lionel Bovier and Clément Dirié.
Texts by Alessandra Fanari, Françoise Guichon, Marco Romanelli.
published in May 2014
bilingual edition (English / French)
26,5 x 20 (hardcover)
160 pages (257 color ill.)
ISBN : 978-3-03764-244-3
EAN : 9783037642443
sold out