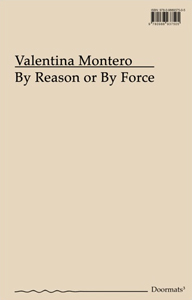 wishlist
Chilean journalist and independent curator Valentina Montero outlines some of the milestone events and moments that led to Chile's advanced neoliberalism, and its effects upon education and culture, detecting signs of hope in the lively student movement that emerged in 2011.
Valentina Montero left her native country five years ago, relocating to Europe just in time for the continent's financial crisis.
“I left Chile five years ago to try my luck in a Europe which was beginning to smell disaster. Cuts to civil rights at the same time that the process of privatizations, all shielded by a smoke screen erected by the "European crisis", seemed to me a sadly familiar scenario. I felt myself not only as someone coming from the end of the world, but also as someone coming from the future. In Chile the neoliberal model made its first roots over 25 years ago, leaving deep scars in a society that seems going out, just a few years ago, from a hypnotic state characterized by individualism, consumption, defeat and depoliticization of citizens' movements.
In this text I will try to make a historical and critical route describing what were some of the milestones that allowed Chile to become a laboratory of neoliberal thinking, and what were its main consequences in the psychosocial body of Chilean society, damaging one of the most sensitive sectors: education and culture. Within this seemingly bleak outlook, there seems to be a glimmer of hope: the student movement that emerged in 2011. Movement that has been successful across society and aims to generate structural changes in the country.”
By Reason or By Force is the third issue of the new book series Doormats published by Errant Bodies Press. The series aims at contributing to the now, addressing issues that are present and that demand presence.
Valentina Montero Peña (born 1973 in Santiago de Chile) is a journalist and an independent curator. Bachelor in Aesthetics by Catholic University of Chile (PUC), Master in Curatorial Studies at Arts and New Medias, Universidad Ramon Llull, Spain, PhD Candidate in Advanced Studies in Artistic Production, Area of Imagen and Technology at Universidad de Barcelona, Spain, she has worked as a teacher in Chile and Spain, also working on projects of local development in Santiago of Chile at “Taller de Acción Cultural”. She has also worked as curator as well as cultural manager at the National Museum of Fine Arts (Chile) within the Biennial of Video and New Medias (Chile) and Mecad (Spain). Valentina Montero develops research within the fields of gender, technology, art and politics.
wishlist
published in November 2013
English edition
11,4 x 17,8 cm (softcover)
104 pages
10.00 €
ISBN : 978-0-9889375-0-5
EAN : 9780988937505
currently out of stock