Since de 1990s, Marie Cool Fabio Balducci (born 1961 in Valenciennes, France, born 1964 in Ostra, Italy, live and work in Paris and Pergola) have been developing—under a double name voluntarily without conjunction—an unclassifiable body of work between sculpture, performance and live practice based on short, often repetitive actions carried out at first only by Marie Cool, but later also by others in confined spaces (studio, exhibition space) using common objects from standard work environments (sheets of A4 paper, adhesive tape, pencils, office tables) and natural elements such as water or sunlight. Carried out in silence, these actions take the form of simple gestures and short interventions: moving pencils at a regular rhythm, holding two sheets of paper against each other, pouring a bottle of water on a desk, or following the sun reflected by a glass. The themes of ownership, precariousness, and the subjection of the body to the material world underlie their rigorous and modest work. Their practice has recently taken on an installative dimension in relation to the exhibition space, thus offering the audience a space for exchange and reflection in relation to the stakes of today's society and the experience we make of it. 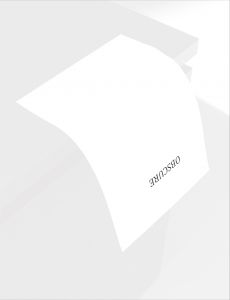 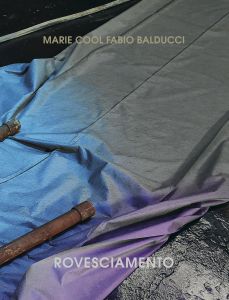 Rovesciamento
2020
bilingual edition (English / French)
CAPC
The catalogue of the duo's exhibition at CAPC, featuring a new site-specific work and a series of performed or filmed actions. A project about situations of reversal, confronting the exogenous realities of the enterprise, the working-class, and the museum.