Roxane Bovet is a researcher, curator, publisher—from Fribourg, Lausanne, Geneva . She creates spaces for dialogue—dialogical spaces. Whether they are physical, virtual, literary, geographical, textual or imaginary spaces, she attempts to bring together things, objects, people and concepts, to mix natures in order to discover the surplus/excesses and carries on a reflection about the world that surrounds us. She is co-founder of Clinamen's publishing house (2013). She has run the independent art space Zabriskie Point with Yoan Mudry and Laure Marville (2012-18). Since 2017, she's part of the Plattform curatorial team. She also sets up several independent curatorial proposals, among others: “HTWW” (Geneva 2017), “Feed your friends” (Bucharest 2017), “Utopias are more or less fascistic” (Basel 2017), “FloppyPoppyWidy MATTER” (2013-…). 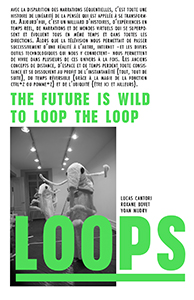