Aline Wiame holds a PhD in philosophy from the Université Libre de Bruxelles and is a lecturer in arts and philosophy at the Université Toulouse Jean Jaurès. Her research concerns the construction of knowledge between philosophy and performing arts, cartographic reason and the aesthetics of the Anthropocene. 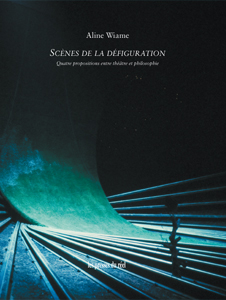