Denis-Constant Martin is a research supervisor at the Fondation Nationale des Sciences Politiques (LAM, Sciences Po Bordeaux, Bordeaux University); he teaches political anthropology at Sciences Po Bordeaux. His research focuses on the relationship between culture, politics, and sociology of music; he notably worked on Eastern and Southern Africa, the Caribbean and the United States. 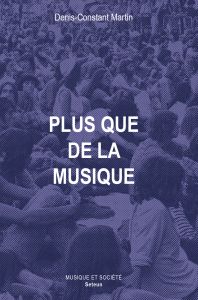 Plus que de la musique... – Musiques, sociétés et politique, Caraïbes, États-Unis, Afrique du Sud
2020
French edition
Mélanie Seteun - Music and Society (books)
An essential anthology of studies on music as it is played and lived throughout the world, from France to the United States via South Africa, which underlines Denis-Constant Martin's crucial role in the sociology of popular music. His works, which since the 1970s have questioned recorded and mediatized music by going beyond established musical categories, are striking in their contemporaneity. 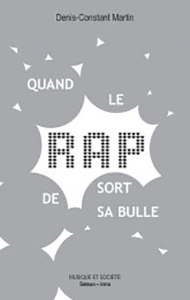