Wild Shores is an artists' collective of musicians-plasticians formed in the early 90' in Limoges (France) by Evelyne Hebey, Fred Nouveau, and Marc Roques. Their installations, performances, or video films triptych, are created on a musical base and audio visual pluridisciplinary process. Explorers of the world's infinite sound library, they treat the precious basic musical material with novelty and originality, the result being closer to organic compost than recycling of so-called exoticisms. Their most unique way to play with collected frequencies design unexpected but somehow familiar landscapes, video, light and architectures along with music, where room is left for the listener to find his own view point. Their instinctive approach of electronics, in visual and audio, is not the usual “man-machine” equation, and proves that emotion do not depend on a transmission system and that life can be blown into integrated circuits. They add a primitive feeling to their artistic approach, thus favouring spontaneity and that mystery of creation which is the essence of human expression 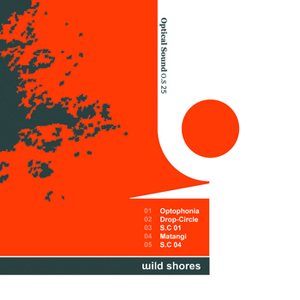 Optophonia (CD)
2007
Optical Sound
An audiovisual performance that stages the texts of the writer Marc-Henri Lamande.