Trevor Wishart (1946, Leeds, England) has been very active, since the early 1970s in the area of electro-acoustic music (first with tape manipulation, later with computer pieces) and music theatre pieces. He pays special attention to the objectives of musical education, collaborative performance-projects and solo practice using original vocal techniques. In 1973 he did his doctorate dissertation at the University of York (musical composition). Since the mid 70s he has been doing systematic research into vocal-sounds and speech articulation and the possibilities for their notation and musical organisation, giving special emphasis to computer technologies. He is the author of a number of theoretical books on musical composition, philosophy and sociology and he has contributed to the design and implementation of software tools used in the creation of digital music. 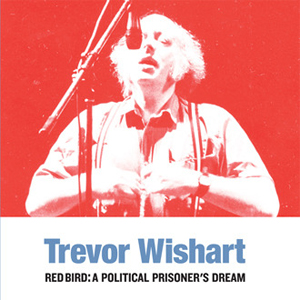 Red Bird – A Political Prisoner's Dream (vinyl LP)
2015
Sub Rosa
sold out
Red Bird was composed between 1973 and 1977, using the studio of the University of York Music in UK. Wishart's compositional interests deal mainly with the interpolation by technological means between the human voice and natural sounds.