Michael Webster (born 1966 in Berkeley) is a composer and recording artist based in Los Angeles. He is the author of many art songs as well as two chamber operas which have received performances in The United States, Latin America and Europe. He is known for a special sensitivity to rhetoric and the rhythms of speech—producing settings of text in which speed and meter are fluid. A founding member of the seminal LA psychedelic group "The Native Shrubs of the Santa Monica Mountains", Webster has also recorded two solo albums and worked in the studio as an arranger and sideman with artists as diverse as Tracy Chapman, Van Dyke Parks, the Circle Jerks and Winnie the Pooh. Webster has also worked with and for many visual artists including Sharon Lockhart, Kerry Tribe, Bruce Yonemoto, and Jeff Koons, and is half of performance-art duo "Shakeys" with Joe Sola. He is currently finishing a multi-year project "Nice Day for the Races", an opera/film from a radio play by Samuel Beckett. 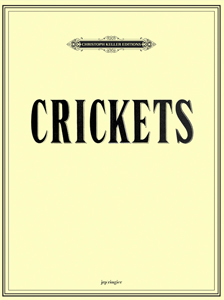