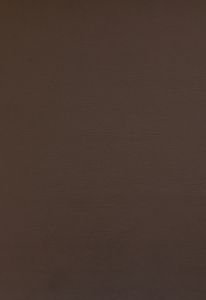 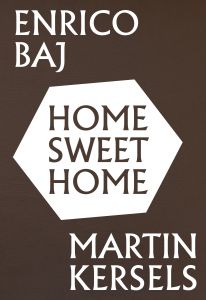 order
wishlist
Catalogue gathering the series of works realized around the furniture by two artists of different generations but having in common a same refusal of the authority, the paintings of Enrico Baj produced at the beginning of the years 1960 meeting the new sculptures of Martin Kersels.
Thirty-five years separate the two artists, brought together here through their respective furniture series. This connection shows that the two men have much more in common than it may appear. Although they do not share the same artistic style or conception of art, the elder Baj still needs a picture rail to hang his paintings, while the younger Kersels creates work "that you don't put on a wall or in a vitrine." They share a similar political taste that makes their artistic production a plea against bourgeois art. By choosing the absurd and the grotesque as the expression of their work, they denounce the conformism of their society. The furniture they represent is dented, wobbly, refashioned, twisted. Out of their anthropomorphic fragility arises a resistance to conservatism that asserts the right to be different, to be precarious, to fall. While expressing it in different ways but always with humour, whether cynical or nostalgic, Enrico Baj and Martin Kersels drop the masks that each of us wears as we perform a social comedy in which pretence and hypocrisy triumph.
Published on the occasion of the eponymous exhibition at Georges-Philippe & Nathalie Vallois Gallery, Paris, in 2022.
Born into a middle-class Milanese family, Enrico Baj (1924–2003) began rejecting authority from a very young age. After studying medicine and law, he then studied at the Brera Academy of Fine Arts from 1945 to 1948. His early interest was in Tachisme, a European painting movement seen as analogous to American abstract expressionism. An anarchist by nature, he opposed the stylistic canons of art. In 1950, together with the surrealist painter Sergio Dangelo (Milan, 1932–2022), Baj founded the Nuclear Art (Arte Nucleare) movement, considered the Italian equivalent of CoBrA (1948–1951). This highly political engagement – opposing art to the now threatening human environment – aimed to atomise pictorial forms. In their manifesto, published in 1952, they stated: "Nuclear artists want to break all the "isms" of a painting that inevitably falls into academicism, whatever its genesis. They want to and can reinvent painting." The movement brought together international artists such as Yves Klein, Arman, and the Danish painter Asger Jorn, who, two years later, while living in Italy, joined forces with Baj to found the International Movement for an Imaginist Bauhaus (1953–1954) along with Pierre Alechinsky and Karel Appel, encouraging artists to go beyond the boundaries of their original discipline to consider the role of art in the atomic age. Baj was a self-proclaimed "pataphysicist" and follower of this "science of imaginary solutions which symbolically grants to lineaments the properties of objects described by their virtuality," according to the definition of Alfred Jarry, inventor of the philosophy. Baj thus abandoned gestural abstraction in the mid-1950s to develop a very personal practice of carnivalesque painting with a deliberately kitsch aesthetic, aiming to overturn the bourgeois conventions of "good taste." From 1955 onwards, he used collage to introduce prefabricated elements such as buttons, trimmings and other ordinary items, featuring these everyday symbols in an imaginary pictorial environment. Although Baj's works tend towards the absurd, they also fit with the socio-political context of the time. They are, in this sense, witnesses to their time. In 1957 Baj joined Arman, Klein, Manzoni, and Restany in signing the manifesto The End of Style, in which they asserted the uniqueness of the work of art.
As part of the SHRIMPS collective, which he joined in 1984, Martin Kersels (born 1960 in Los Angeles) put on many performances in which he plays on his outstanding physique, both impressive and cumbersome. Subsequently, his activity veered towards actions which sometimes took place in the street in front of passers-by, but only really existed, strictly speaking, in the form of traces represented by films and photographs. More specifically, he could be seen falling down in the street (Tripping, 1995), falling flat on his back (Falling, 1994), getting his friends to hit him (Friends Smacking Me, 1998), throwing those same friends (Tossing a Friend, 1996), and holding them by their feet and spinning them (Whirling, 1996). With Fat Iggy (2009), the artist does a pastiche of Iggy Pop, who as thin as a rake, with bulging muscles, represents in the collective imagination the ultimate performer. In borrowing the improbable poses of the leader of the Stooges, Kersels puts himself in an unconfortable position – both literally and figuratively – with the aim of deconstructing the myth of the rock star, leaving the onlooker both amused and somewhat ill at ease in front of this body which is not altogether cut out to reproduce the lascivious swaying of the « Iguana ». Kersels produced two installations which radically redrew the boundaries separating the both performative and sculptural dimension of his work. The first, Rickety (2007), which was shown at the retrospective show of his work held at the Santa Monica Museum of Art in 2008, consisted of a dance set-stage with found furniture on which was performed on the opening night "uh!", a choreography by Melinda Ring. The second, Five Songs (2010), presented at the Whitney Biennial in 2010 and at the gallery the same year, was made up for its part of five orange, black and white modules. All these sculpture-scenes are waiting for a singer, dancer or performer to be set in motion, with Kersels completely removing himself to make way for the artists invited to make use of them. Through these two installations, he seeks to bring the body back into the gallery. He manages to transcend the relationship to the body as it is usually seen in performance and sculpture, while at the same time subtly probing the notions of author and authenticity.
order wishlist
Edited by Marianne Le Métayer.
Text by Guillaume Lasserre. 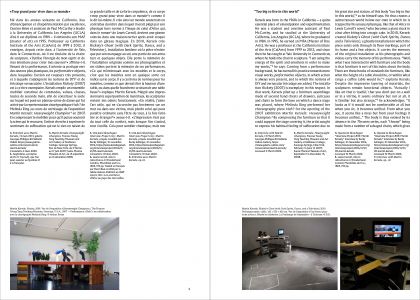 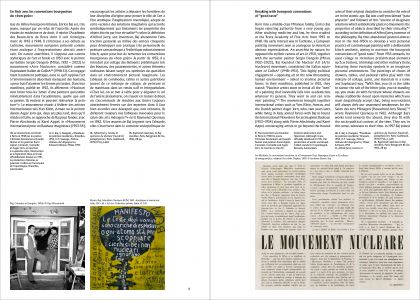 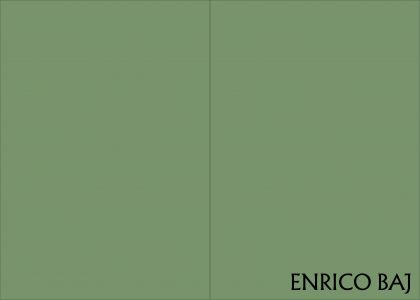 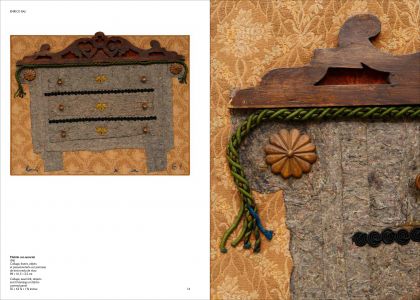 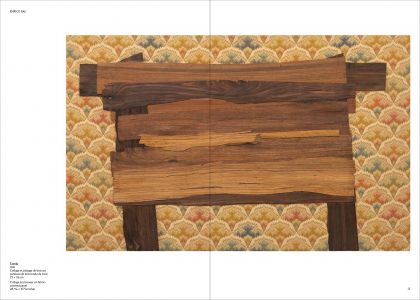 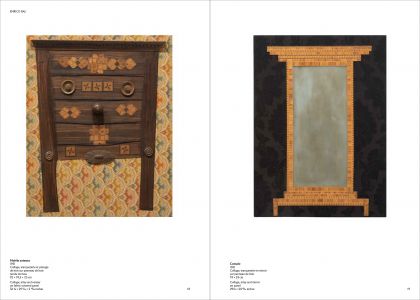 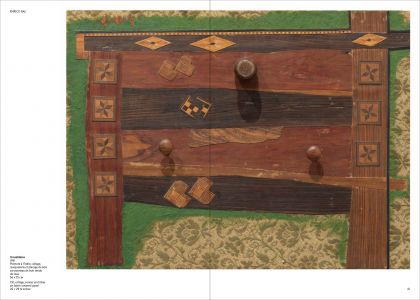 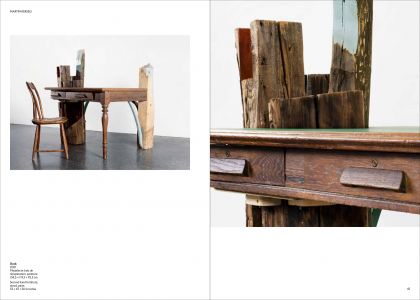 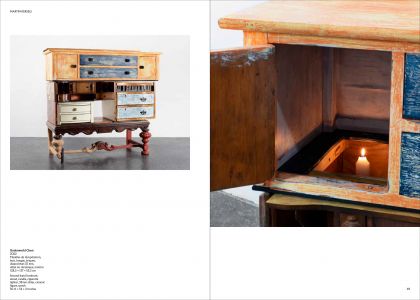 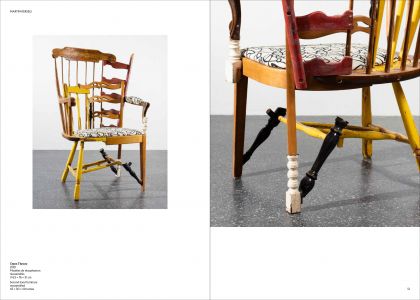 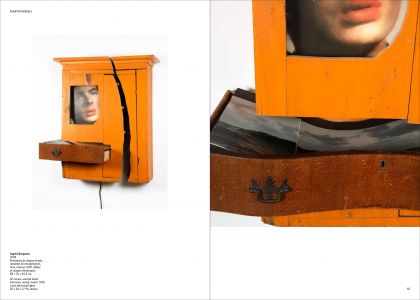 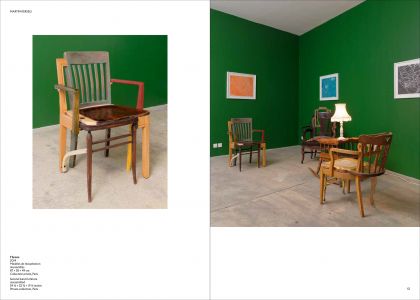