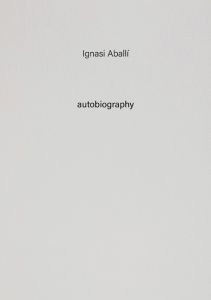 order
wishlist
Autobiography by Ignasi Aballí is made up of 64 "años" (years), one for each of the 64 pages. Casually, the artist was born in 1958, it means that he has 64 years old at the time of the publication of the book.
Autobiography is a series by Tonini Editore, published monthly. Each volume is dedicated to an artist, who is free to carry out the topic of the autobiography by means of text or visual supports. Belonging to a series, each book has the same size and maximum amount of pages (64). The selection of the artists participating to the series is coordinated by a scientific committee made up of six renown personalities in the world of the art research and collection: Pedro Barbosa (collector and founder of the Coleção Moraes - Barbosa), Alex Bacon (art historian), Claudio Guenzani (gallery owner in Milan, owner of the Studio Guenzani), Michele Lombardelli (artist, composer, typographer and consultant for several publishing houses), Shwetal Ashvin Patel (writer and researcher, founding member of the Kochi-Muziris Biennale), Christoph Schifferli (collector and scholar), and Valentino Tonini (director of the homonymous publishing house).
Conceptual artist Ignasi Aballí (born 1958 in Barcelona) subverts traditional pictorial practices in painting, photography, and video to explore new and unorthodox methods of artistic production.
Ignasi Aballí studied Fine Arts at the University of Barcelona. Since the 1990's, he has exhibited namely at the Drawing Center (New York), MACBA (Barcelona), ZKM (Karlsruhe), Museo Nacional Centro de Arte Reina Sofía (Madrid), Le Printemps de Septembre (Toulouse), Galerie Meessen-de Clercq (Brussels), Galerie Estrany de la Mota (Barcelona), Galerie Elba Benitez, Gagosian gallery (New York), Frac Lorraine (Metz), Centre National d'Art Contemporain Villa Arson (Nice), Fondation Maeght, (Saint-Paul de Vence), la Pinacoteca do Estado of São Paulo. He has also participated in several international biennials such as the 52nd Venice Biennial in 2007, the Sharjah Biennial in 2007 or the 11th Sydney Biennial in 1998. Ignasi Aballí received the Joan Miró prize in 2015 for his "successfully completed reflection on the limits of painting in representation, for his meticulous attention to the significant consequences that can be generated by the smallest change made in a strategy of re-giving meaning, as well as for his role as a mentor for younger artists". A retrospective of his work from 2005 took place at Reina Sofía (Madrid) in 2015 and he will be presenting an exhibition at the Joan Miró Foundation in 2016.
order wishlist
published in August 2022
no text
12 x 17 cm (softcover)
64 pages (ill.)
20.00 €
ISBN : 979-12-80784-07-0
EAN : 9791280784070
in stock 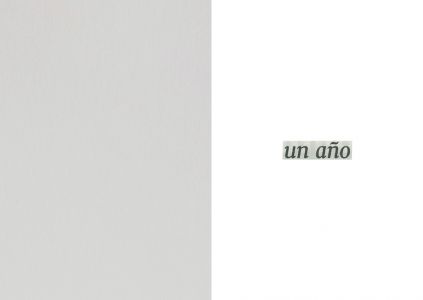 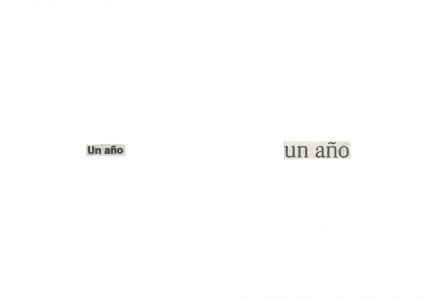 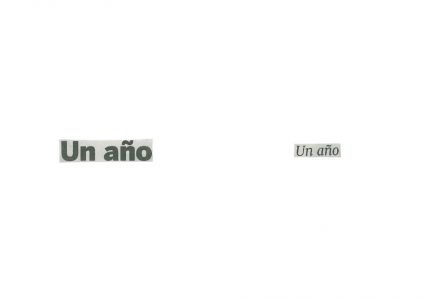 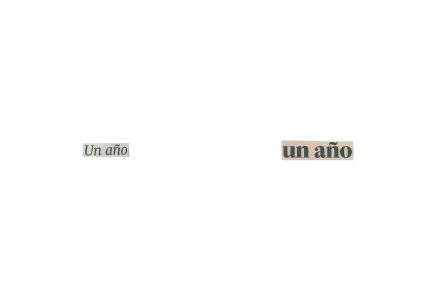