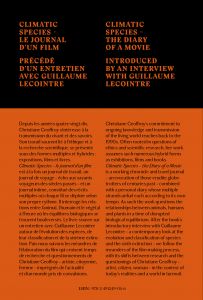 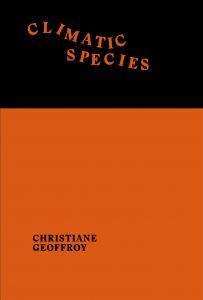 order
wishlist
Both a cinematographic work diary, a travel diary and a private diary, Climatic Species is made up of multiple stories where each thread unfurls at its own rhythm.
Christiane Geoffroy's commitment to ongoing knowledge and transmission of the living world reaches back to the 1990s. Often rooted in questions of ethics and scientific research, her work assumes such numerous hybrid forms as exhibitions, films and books. Climatic Species: Diary of a Movie is a working chronicle and travel journal—an evocation of those erudite globetrotters of centuries past—combined with a personal diary whose multiple strands unfurl each according to its own tempo. As such the work questions the relationships between animals, humans and plants in a time of disrupted biological equilibrium. After the book's introductory interview with Guillaume Lecointre—a contemporary look at the evolution and classification of species and the sixth extinction—the film offers a meander through current research and the issues addressed by this artist, citizen, and woman, in a context of today's realities and a world in turmoil.
Christiane Geoffroy (born 1955 in Chambéry, France) is a visual artist and teacher whose work questions the convergence of science and art.
order wishlist
Edited by Valérie Cudel.
Text by Christiane Geoffroy; interview with Guillaume Lecointre. 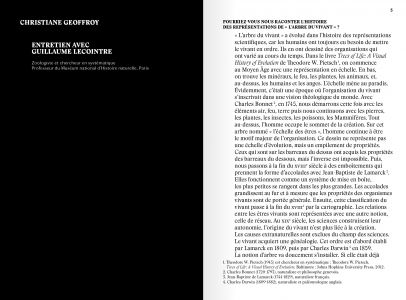 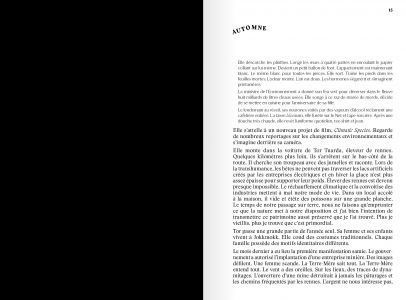 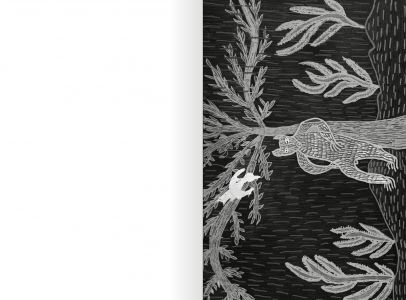 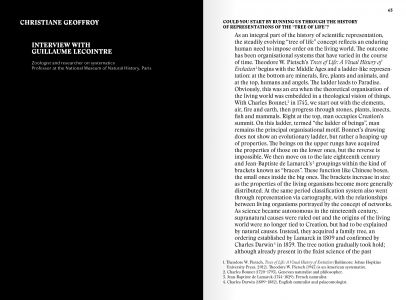