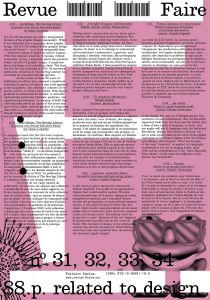 order
wishlist
Issues 31 to 34 of the critical review dedicated to graphic design.
#31 — An Edition: The Serving Library. Interview with Stuart Bertolotti-Bailey by James Langdon

Dot Dot Dot magazine has always antagonised factions of the graphic design community. While it was definitely just a magazine about graphic design, Dot Dot Dot admitted that graphic design was itself *about* — or at least inseparable from — whatever content it might be used to express. With that innocent assertion, it became, without necessarily trying, a magazine about the potential subject matters of graphic design. A magazine about anything and everything, then! The final Dot Dot Dot was published in 2010. Its successor publication, Bulletins of The Serving Library, has continued its expanded editorial purview.
In the course of these 20 years of publishing, its editors have amassed a significant collection of almost 100 objects that have appeared in the magazines. The collection's contents are by nature various, in format and intent: from images produced to commission for articles, to artworks representing particular histories, positions, and significant practitioners. In autumn of 2020 this collection relocated to an annex of the artist-run space 019 in Ghent, with the prospect of a long-term home there as a teaching space rich with connective threads leading in and out of the recent history and practice of graphic design.

Writing about a person that one has never met is somewhat like conducting an investigation. The preparation involves collecting words (theirs, those of others), images, sometimes sounds; all clues that allow us to make projections and to formulate theories. In short, it is to attempt to understand and reconstitute a personality, a practice, and ultimately a territory, over time. My investigation into Bráulio Amado began last January when I bought  his  book  2018  from  the  site  of  the  Portuguese publisher Stolen Books. I then pursued my enquiry over a number of months, during which I found myself transported in turn from the underground basements of clubs and the Lisbon or New York music scenes, to the columns of an American weekly business magazine, finally ending up at the heart of a certain relationship between the historical poster designer and the very topical graphic designer-illustrator.

A new literary genre emerged in nineteenth-century England. The gothic novel appropriated themes that would nourish modern Western cultural productions. Evil spirits, repugnant bodies, exaggerated emotions and a deranged Nature became the protagonists of extra-rational representations. A sub-genre developed within this new trend, where hostile vegetation killed and devoured people with its tentacular vines and roots, poisoned scents and thorny maws. The literary taste for horror led to a new "pleasure of the eye" deployed by illustrators on panels and on the covers of books. This invasion of images in the nineteenth-century was also the invasion of a hybrid Nature, much less tame and regulated than the history of the ornament might suggest.

#34 — An award: What is a most beautiful book? Author: Thierry Chancogne

It was during the century of Enlightenment that aesthetics became autonomous, that the Beautiful separated itself from the Good and the Useful, like a form of free access to meaning, to truth. And one might well ask if, beginning with the Industrial Revolution, design, from dessin to dessein, has not to some extent taken up the torch of the applied techniques of the former regime of the art of doing and making, and of beauty. What has become of the term "beautiful" as applied to typography, understood as the art of shaping books, since 1943 and the establishment of the "Most Beautiful Swiss Books" award under the influence of the famous Jan Tschichold?
Faire is a bi-monthly magazine dedicated to graphic design, published from October to June, distributed each two months in the form of anthologies of three or four issues. Created by Empire, Syndicat studio's publishing house, Faire is aimed for undergraduate students as well as researchers and professionals, documenting contemporary and international practices of graphic design, along with the history and grammar of styles. Each issue focuses on a single subject, addressed by a renowned author.

“Critical publications dedicated to the analysis of Graphic design are sadly few and far between today, particularly in France, but also in Europe as a whole. Adopting an analytical and critical posture with regard to the forms and activities of Graphic design, Sacha Léopold and François Havegeer intend to establish a printed publication that deals with these practices. The publication will work with seven authors in its first year (Lise Brosseau, Manon Bruet, Thierry Chancogne, Céline Chazalviel, Jérôme Dupeyrat, Catherine Guiral and Étienne Hervy). This initially limited choice, linked to a desire to propose an experience with a group that has previously participated together in projects, will then allow for the inclusion of foreign authors in the second year of publication.”
order wishlist
published in October 2021
bilingual edition (English / French)
20 x 29 cm (softcover, plastic sleeve)
100 pages (color & b/w ill.)
26.00 €
ISBN : 979-10-95991-19-9
EAN : 9791095991199
in stock 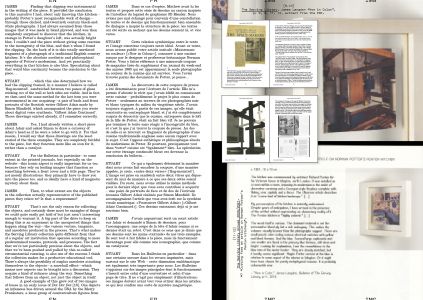 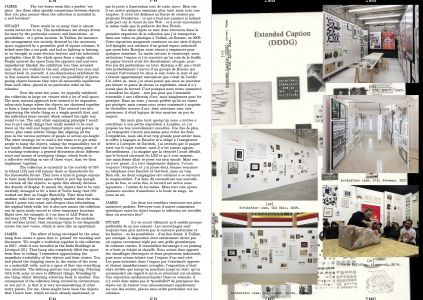 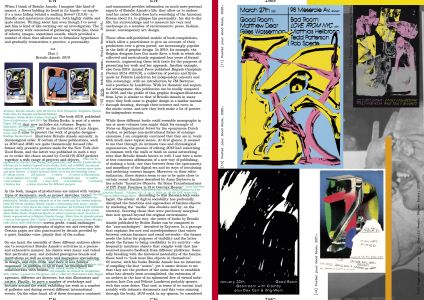 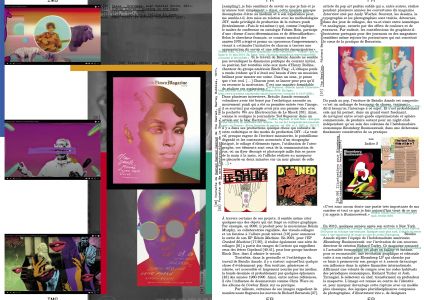 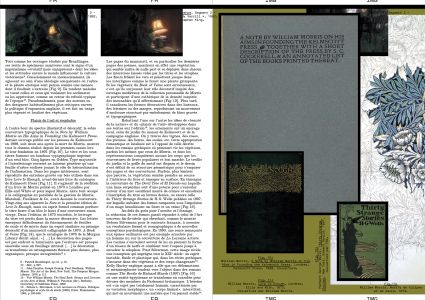 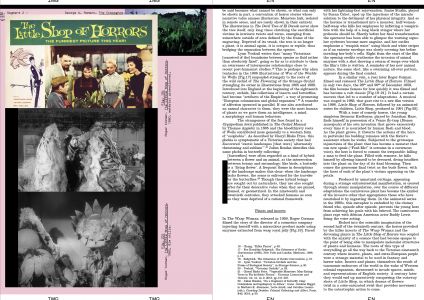 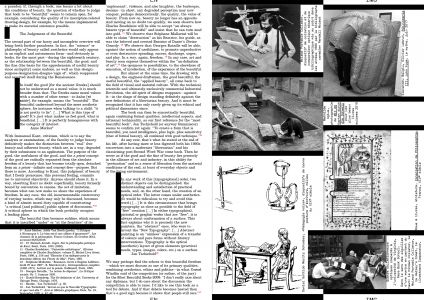 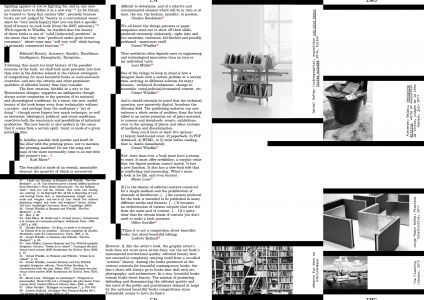 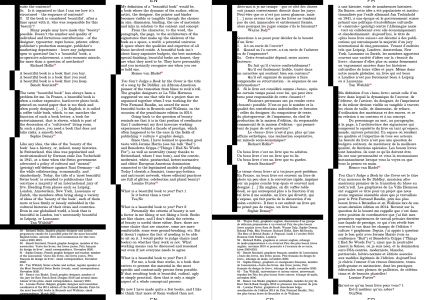