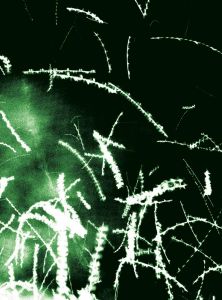 order
wishlist
Michele Sibiloni photographs the harvest of bush crickets in Uganda, between local traditions and questions about a global future.
Nsenene are a delicacy and an important source of income in Uganda. Technically bush crickets but generally referred to as “grasshoppers”, nsenene migrate en masse twice a year, right after the two rainy seasons. Huge swarms fill the sky shortly before sunrise. So, night after night during cricket season, many Ugandans stay up till dawn to catch the critters. The omnipresence of the lustrous greenish insects amid the nocturnal mist and the smoke of bonfires submerges the whole country in an otherworldly atmosphere, an eerie effect compounded by all the bizarre paraphernalia involved, especially the fancifully contrived tools and traps. Flurries of hectic activity alternate with long periods of waiting around and killing time. Given their high protein content, they remain a promising source of food for the future, according to the UN Food and Agriculture Organization (FAO), which points out that if more people were to add edible insects to their diet, that could reduce world hunger and improve food security. However, deforestation has decimated migratory insect populations in recent years and some cricket species are now critically endangered. To make matters worse, the rains in Africa are becoming less and less predictable due to climate change, and cricket-harvesting depends entirely on timing. Italian photographer Michele Sibiloni has captured the Ugandan cricket-harvest, an activity that straddles the very fine line between past and future, tradition and modernization, in his highly atmospheric visual idiom. His straightforward portraits and cinematographic sequences speak volumes not only about how Ugandans see themselves, but also about the future prospects for our planet as a whole.
Michele Sibiloni (b. 1981) is an Italian photographer and videographer who splits his time between Italy and Uganda. He has covered a number of political events on the African continent.
order wishlist
Text by Robert Kyagulanyi Ssentamu (H.E. Bobi Wine), Katende Kamadi, Francis Sengendo. 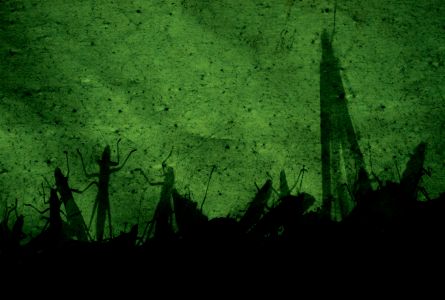 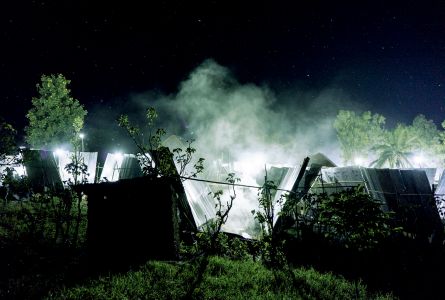 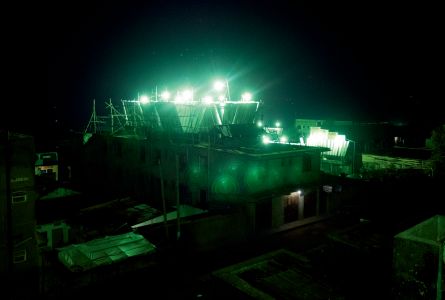 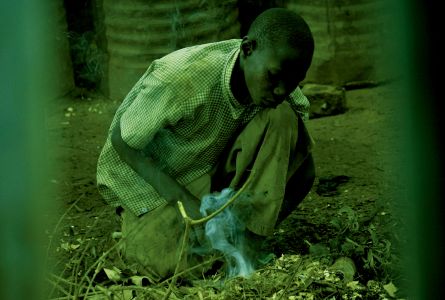 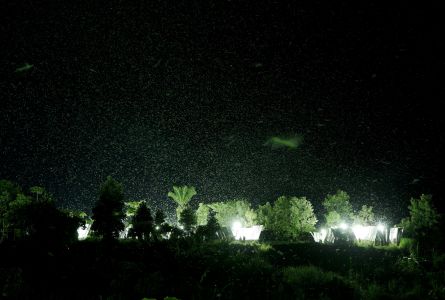 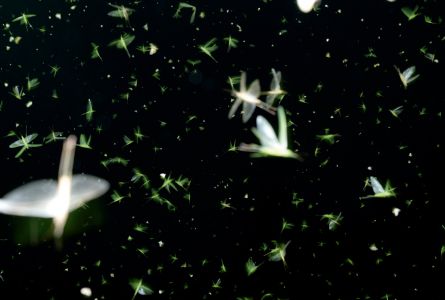 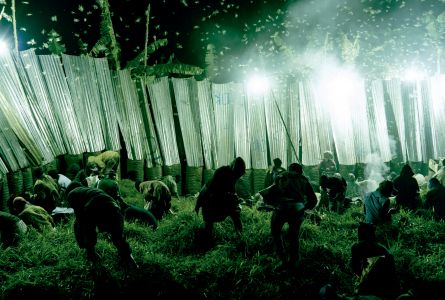 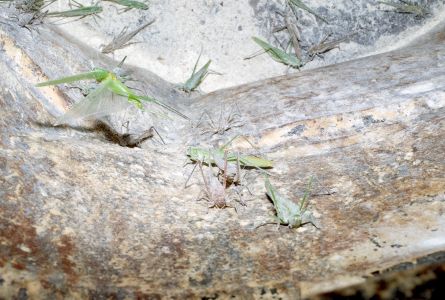