order
wishlist
What does it mean to paint a flag and to paint it in 2020? Through art historical, sociocultural, and philosophical lenses, Dieter Roelstraete undertakes an investigation of vexillology—the study of flags—as a way to decipher World Paintings, the new series of works by Norwegian artist Fredrik Værslev depicting national flags.
Flags connote territorial belonging and whereas class, racial, and sexual identity continue to dominate the political discourse of art, national identity has long been shrouded in taboo. In times of ever-tensing culture wars—wars fought over symbols (flags, hymns, face masks, statues)—and unparalleled racial strife, Værslev's artistic proposition is an especially contentious yet also a painfully timely one. Worldwide, COVID-19–enforced semi- or total lockdowns induce nations, borders, and sovereignties to regain weight.
In its reinterpretation of the standard sizes and colors of national flags, especially through expressive whites (smears of colored paint soiling unpigmented portions of the canvas), this new body of work syncs with the artist's earlier projects such as the canopy, terrazzo, trolley, sail, and window paintings, all of which trigger a tension between seeing an image as an image and seeing it as a representation, between the idea of mastery and the general avoidance of authorial mark making.
Along with Roelstraete's essay, the publication includes reproductions of forty-five World Paintings, and it is available with three different cover designs, imitating the national flags of Greece, the United States of America, and Uzbekistan.

“An old Jean-Luc Godard quip comes to mind: ‘It's not blood, it's red,’ to which the symbolists inevitably reply: ‘It's not red, it's blood!’ The same symbolists who would likely exclaim, ‘It's not a painting, it's a flag!’ to which the formalists would object in turn: ‘It's not a flag, it's a painting!’ Asked differently still, the question becomes: Is it a duck, or a rabbit? Is it a—duckrabbit? (There is no such thing—or is there?)”—Dieter Roelstraete
Fredrik Værslev (born 1979 in Moss, Norway, lives and works in Drøbak, Norway) studied at the Staatliche Hochschule für Bildende Künste in Frankfurt and at the Malmö Art Academy, Sweden. He is the director and founder of the Landings Project Space in Vestfossen, Norway. He exhibited in numerous museums and institutions worldwide.
One of the most original voices of contemporary painting, Norwegian artist Fredrik Værslev navigates between different painterly traditions. His practice demonstrates an insistent focus on the painting process that demonstrates the possibilities and relevance of the medium today. His works stem from the meeting between architecture and painting, and take form as painted renderings of motifs from the artist's daily life. He treats his paintings as objects, often created through more or less laborious, serial, or deterministic processes where time itself, as well as various external factors, become active co-creators in the making of the piece. In several series he left his paintings outdoors for long periods of time, allowing the weather and external wear to complete them. Other works employ apparently clichéd techniques, motifs, or art historical quotations (i.e. dripping and splattering). Værslev also challenges the process of painting by freely collaborating with fellow artists or making use of untraditional painting tools, such as spray cans or equipment used to paint roads and sports arenas. Værslev's paintings often shift between abstraction and representation, as can be seen in his breakthrough series, the “terrazzo” paintings, that imitate the visuality of Italian stone floors and at the same time call upon the expressivity and spontaneity of abstract expressionism. The “Canopy” series is reminiscent of modernism and its stripe paintings, but they stem rather from the awnings at the artist's childhood home.
order wishlist
Text by Dieter Roelstraete.
published in January 2021
English edition
14,7 x 31,5 cm (softcover)
120 pages (ill.)
25.00 €
ISBN : 978-88-6749-447-7
EAN : 9788867494477
in stock 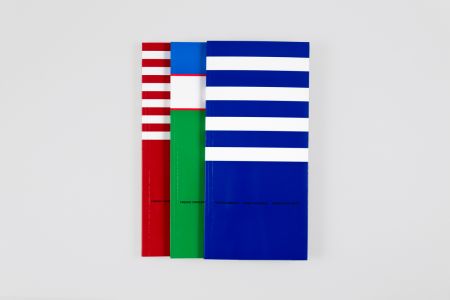 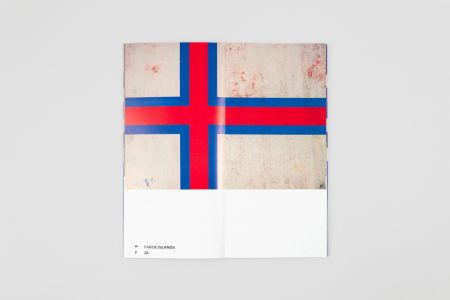 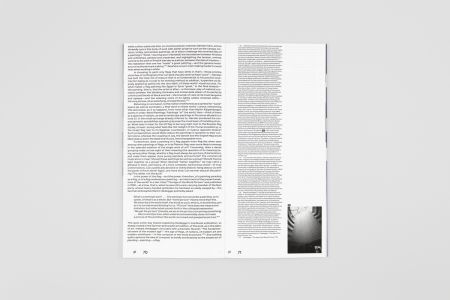 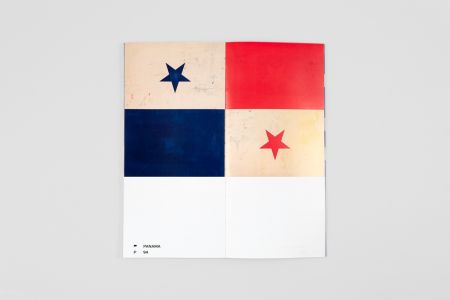 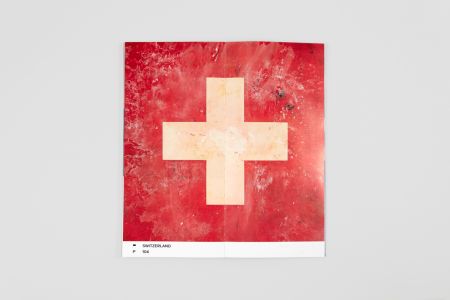 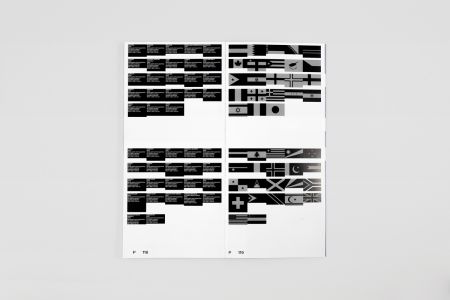