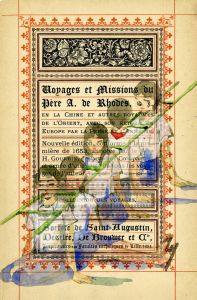 order
wishlist
Thảo Phan Nguyên artist's book, Voyages de Rhodes, is a palimpsest reconstruction of French Jesuit missionary Alexandre de Rhodes's (1591–1660) Rhodes of Viet Nam: The Travels and Missions of Father Alexandre de Rhodes in China and Other Kingdoms of the Orient, originally published in 1653, which accounts De Rhodes's travels including to present-day Vietnam. Phan uses an 1884 French edition of this book as her canvas, intervening upon its pages with watercolour drawings depicting different narratives that sit at the edge of fantasy, with children as protagonists and sovereigns of a farming commune.
NTU Centre for Contemporary Art Singapore is proud to present the latest publication of its Artist's Book Series, Voyages de Rhodes by former Artist-in-Residence Thảo Nguyên Phan (Vietnam). Published and commissioned by the Centre, Voyages de Rhodes re-assembles into a book format watercolour drawings painted directly by the artist on the pages of a found publication. The artist used as her canvas a book by French Jesuit missionary Alexandre de Rhodes (1591–1660) that describes his travel experiences and observations, including in the region of present-day Vietnam, during the seventeenth century.
Phan's interventions in the book interweave different narratives that sit at the border between realism and fantasy. Reflecting upon the problematic agrarian reforms in post-war Vietnam that led to the redistribution of land and collective farming, Phan's drawings depict children in the foreground as protagonists of an imagined commune where play or state of inertia become tools of defiance and escape. Juxtaposing seventeenth-century travel literature with contemporary images, Phan's works produce a palimpsest of Vietnam's history with layers of voices from the present and the past.
The artist started the project Voyages de Rhodes in 2014 and the drawings were first exhibited in a solo exhibition Poetic Amnesia (2017) curated by Zoe Butt at The Factory Contemporary Arts Centre, Ho Chi Minh City, Vietnam.
In the process of assembling the drawings back into the codex form, the project Voyages de Rhodes turned into artist's book, whereby the book format is an artistic medium and subject of investigation. Voyages de Rhodes highlights that a book remains inherently open-ended despite its strive for completeness, and is prone to processes of erasure, ongoing interpretation, and new associations.
Through literature, philosophy and daily life, Thao Nguyen Phan (born 1987 in Ho Chi Minh City, Vietnam, where she lives and works) observes ambiguous issues in social convention, history and tradition. An honours graduate from Singapore's Lasalle College of the Arts in 2009, four years later Phan received an MFA in Painting and Drawing from the School of the Art Institute of Chicago (SAIC). Today, in addition to her work as a multimedia artist, she has joined forces with artist Trương Công Tùng and curator Arlette Quỳnh-Anh Trần to form Art Labor. This collective explores cross-disciplinary practices and develops art projects that will benefit the local community. Thao Nguyen Phan is expanding her “theatrical fields”, including what she calls performance gesture and moving images. Phan has exhibited widely in Southeast Asia and is a 2016-2017 Rolex Protégée, mentored by internationally acclaimed, New York-based, performance and video artist, Joan Jonas.
order wishlist
Edited by Ute Meta Bauer and Anca Rujoiu. 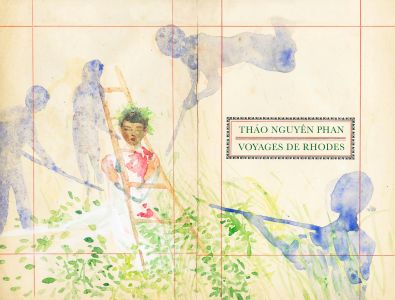 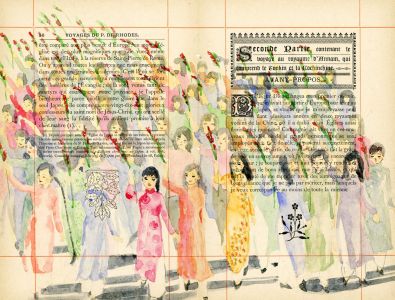 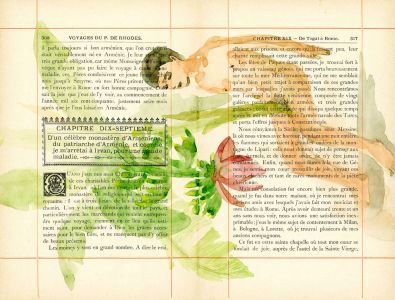