Unfold This Moment – The Art of Carol Bove 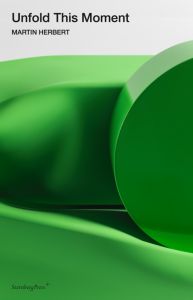 order
wishlist
An exploration of the work of sculpture and conceptual artist Carol Bove, by art critic Martin Herbert.
Unfold This Moment explores the work of Carol Bove, one of the most inventive and protean artists of her generation, whose practice has expanded—via numerous stylistic evolutions over two decades—from ethereal drawings of Playboy models to towering crushed-metal sculptures. Considering both her art and her life, the book offers a linear history of a figure who doesn't believe in linear time—her work evoking multiple temporalities simultaneously—and who harbors covertly radical ambitions for what art might do to the viewer's mind and body: not least how, without slipping into esotericism, it might serve as a gateway to meditative states. But, as befits someone who strategizes to displace her own ego in her art, the writing here refocuses Bove's artistic output into a prism for wider questions of artistic conduct and inspiration. How to react resourcefully to unhelpful frameworks of reception; maintaining curiosity while performing the increasingly professionalized role of being a successful artist; the value of instinct and the unconscious in creativity; openness to magical coincidences; and the overlap between the intellectual territory of contemporary art and some of the oldest spiritual philosophies.
Carol Bove (born 1971 in Geneva, lives and works in Brooklyn, New York) was raised in Berkeley, California, and studied at New York University. Between 2009 and 2013, she was a clinical associate professor of studio art in Steinhardt's Department of Art and Art Professions at NYU.
Known for works that incorporate found and constructed elements with a unique formal, technical, and conceptual inventiveness, Carol Bove stands as one of the foremost contemporary artists working today; her work has consistently challenged and expanded the possibilities of formal abstraction.
In 2014, The Henry Moore Institute, Leeds, with Museion, Bolzano, Italy, and Museum Dhondt-Dhaenens, Deurle, Belgium, organized an exhibition with Carol Bove and Carlo Scarpa. Venues that have hosted significant solo exhibitions include The Museum of Modern Art, New York (2013); The Common Guild, Glasgow (2013); Palais de Tokyo, Paris (2010); Tate St Ives, England (2009); Blanton Museum of Art, The University of Texas at Austin (2006); Kunsthalle Zürich (2004); and the Institute of Contemporary Art, Boston (2004). The artist's first major museum presentation was held at Kunstverein, Hamburg, in 2003. Group exhibitions featuring Bove's work include the 58th Venice Biennale (2019); the 57th Venice Biennale (2017); documenta 13, Kassel, Germany (2012); the 54th Venice Biennale (2011); and the Whitney Biennial, Whitney Museum of American Art, New York (2008).
The artist's large-scale sculptures are often exhibited outdoors and in public spaces. Bove debuted her largest sculpture to date at the 2018 edition of “Unlimited” at Art Basel. In 2017, the artist's sculptures were installed in the Betty and Edward Marcus Sculpture Park at Laguna Gloria, The Contemporary Austin. That same year, her work was on view in “Women of Venice” at the Swiss Pavilion at the 57th Venice Biennale, where she was invited to respond to the legacy of Swiss artist Alberto Giacometti. Bove's steel-beam sculpture Lingam (2015) was installed in City Hall Park in New York as part of the 2016 group exhibition, “The Language of Things”, organized by Public Art Fund. In 2013, she created a series of sculptures for the High Line at the Rail Yards in New York.
Work by the artist is represented in permanent collections worldwide, including the Crystal Bridges Museum of American Art, Bentonville, Arkansas; Fonds régional d'art contemporain (FRAC) Nord-Pas-de-Calais, Dunkirk, France; Institute of Contemporary Art, Boston; The Museum of Modern Art, New York; Princeton University Art Museum, New Jersey; San Francisco Museum of Modern Art; Wadsworth Atheneum Museum of Art, Hartford, Connecticut; Whitney Museum of American Art, New York; and the Yale University Art Gallery, New Haven, Connecticut.
Martin Herbert is a writer and critic living in Tunbridge Wells, UK, and Berlin. He is associate editor of ArtReview and a regular contributor to Artforum, frieze, and Art Monthly, and has lectured in art schools internationally. His monograph Mark Wallinger, a comprehensive study of the British artist's career, was published in 2011.
order wishlist
Graphic design: Joseph Logan.
published in June 2020
English edition
11 x 17 cm (softcover)
120 pages (30 b/w ill.)
20.00 €
ISBN : 978-3-95679-470-4
EAN : 9783956794704
in stock 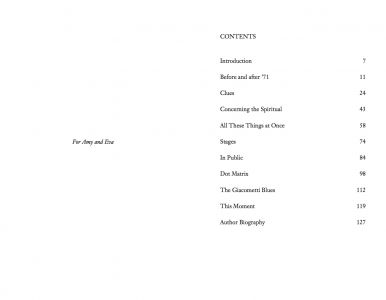 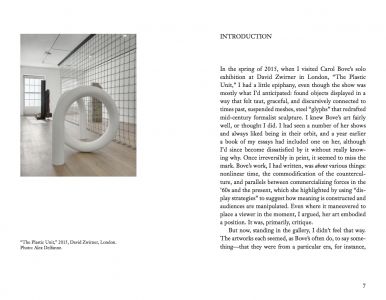 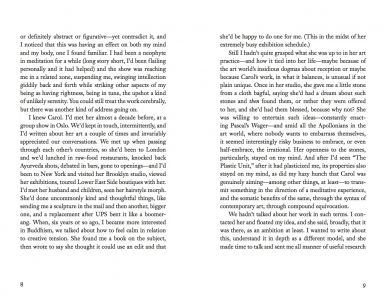 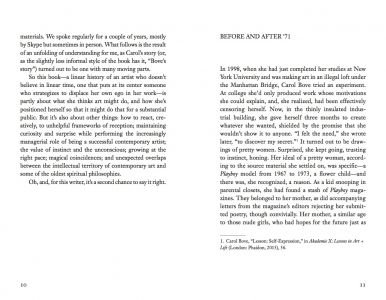 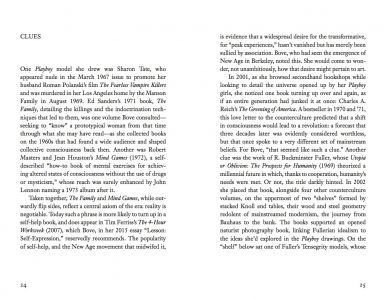 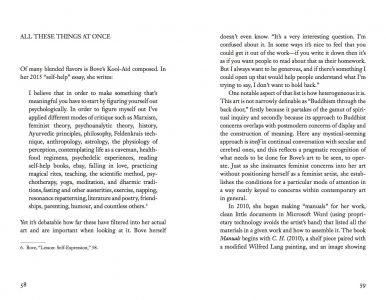 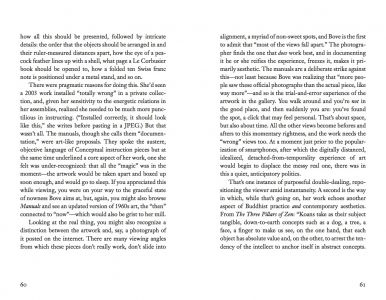 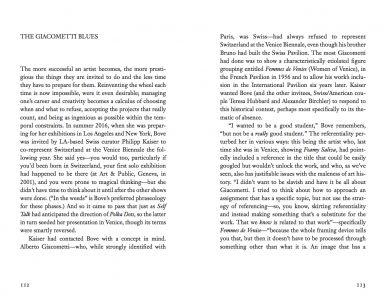 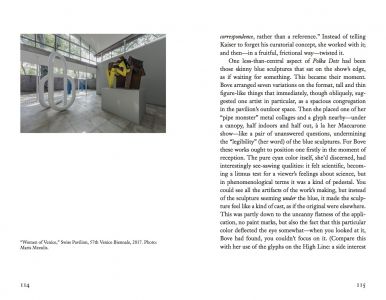 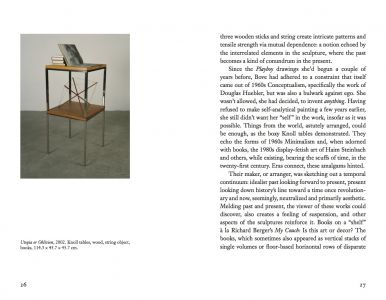