Julia (Uncovered) – The work of Julia Scher – a conversation 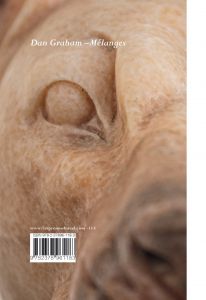 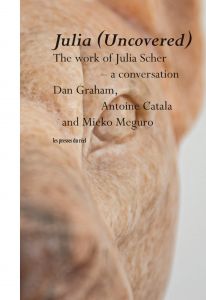 order
wishlist
A talk between three artists around Julia Scher's work.
The Dan Graham – Melanges collection is much more than a tribute to Dan Graham. It is an attempt to catch up with the artist's use of conversations and monologues and sketch a somewhat see-through portrait of him, a two way reflection. This collection brings together short texts, lectures, conversations, newly-commissioned essays and varia.
Les presses du réel and Dan Graham have had a long-standing friendship. Here is an attempt to celebrate it.
Dan Graham (1942-2022) was a highly influential figure in the field of contemporary art, both as an artist and as a well-respected critic and theorist. He was the founding director of the John Daniels Gallery (1964–1965), where he presented Sol LeWitt's first solo exhibition and showed works by Donald Judd, Dan Flavin, and Robert Smithson. Graham is known for his early conceptual work for magazines, his groundbreaking video work, and his site-specific architectural pavilions.
Antoine Catala (born 1975 in Toulouse, lives and works in New York) is a French artist. He uses lo-fi and analog technology as a riposte to the digital virtuosity of today's media. Shot through with jokes and wordplay that often mask a certain seriousness, his works display a material and conceptual continuity founded equally on the aesthetics of science and semiotics.
Mieko Meguro (born in Hokkaido, lives and works in New York) is a Japanese artist. She works in various mediums as well as making illustrated book. Her works combine vulnerability and humour with her unique view of transnational identities and cross-cultural histories. She is the long-time partner of Dan Graham.
order wishlist
Edited and prefaced by Franck Gautherot.
published in December 2019
English edition
11 x 16 cm (softcover)
40 pages (color ill.)
13.00 €
ISBN : 978-2-37896-118-3
EAN : 9782378961183
in stock 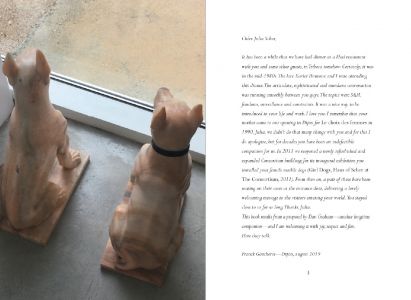 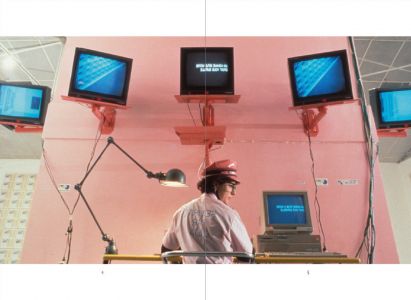 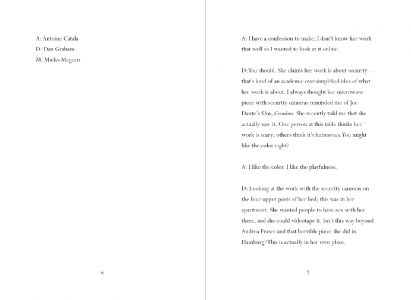 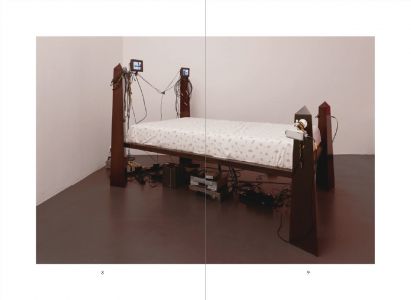 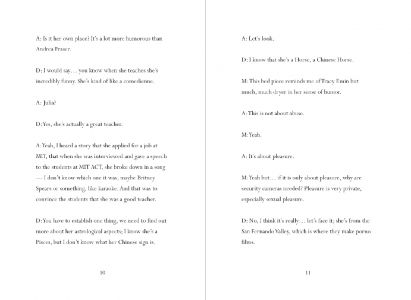 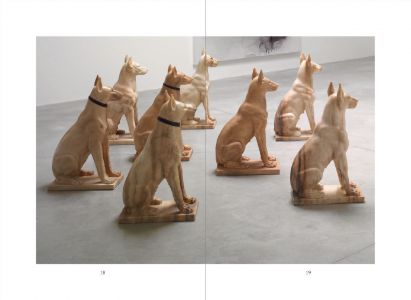