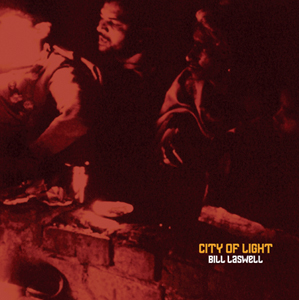 wishlist
Available for the first time ever on vinyl, one of Bill Laswell's masterpieces, the meditative ethno-ambient project inspired by the holy region of Banaras in India, in collaboration with Coil, Tetsu Inoue and Trilok Gurtu.
City of Light is the sixth solo album by American composer Bill Laswell, released on July 29, 1997. While it may appear an anachronism in his catalog, fans of Bill Laswell will find City of Light an extension of ideas he has explored throughout his career. His strong interest in Eastern music and religion resulted in this 1997 collaboration with Janet Rienstra. Part sacred, spoken word, part meditative soundscape, City of Light takes as its inspiration the holy region of Banaras, India. Said to belong to Shiva, Banaras also contains the Ganges river: a place sought by Hindus for their cremation. Surrounding the texts is some of the most compelling music this genre has produced featuring Trilok Gurtu on tablas, Coil (Peter Christopherson + John Balance) on electronic, Tetsu Inoue at sound collages and Lori Carson at vocals.
Over the course of some three decades, visionary bassist-producer Bill Laswell (born 1955 in Salem, Illinois) has been one of the most prolific and restlessly creative forces in contemporary music. A sound conceptualist who has always been a step ahead of the curve, he has put his inimitable stamp on nearly 3,000 recording projects by such artists as Mick Jagger, Yoko Ono, Iggy Pop, Laurie Anderson, Brian Eno, Bootsy Collins, Nine Inch Nails, Motorhead, Peter Gabriel, Blur, les Ramones, George Clinton, Pharaoh Sanders, le Dalaï Lama, Matisyahu, Angelique Kidjo, DJ Krush, RAMM:ΣLL:ZΣΣ, Sting, The Last Poets, Afrika Bambaataa, PiL, Julian Schnabel, Whitney Houston, Manu Dibango, Fela Kuti, Herbie Hancock, William Burroughs…
wishlist
published in May 2019
“indian green” color vinyl
17.50 €
ISBN : 5411867331148
EAN : 5411867331148
currently out of stock