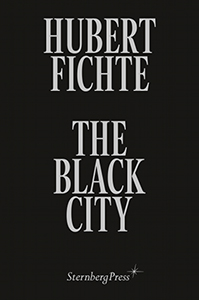 order
The first English translation of Hubert Fichte's investigation on New York's African diaspora in the late 1970s. Contesting the stylistic norms of ethnographic studies, Fichte offers an experimental, poetic, and radical reflection on the living conditions, struggles and cultural heritage of New York Africans.
The Black City is a portrait of New York written by Hubert Fichte between 1978 and 1980. Fichte researched the city as the center of the African diaspora, conducting interviews and composing essays about syncretism in culture and the arts, material living conditions in the city, and political and individual struggles based on race, class, and sexuality. His interview partners include Michael Chisolm, arts educator and coordinator of the Black Emergency Cultural Coalition; German émigré and artist Lil Picard; photographer Richard Avedon; Léopold Joseph, publisher of the exile newspaper Haiti Observateur; and Teiji Ito, composer and Vodou initiate. The book opens with notes on an exhibition of Haitian art at the Brooklyn Museum, and closes with a self-reflective literary analysis of Herodotus, the first white European to write extensively of his travels and (desirous) encounters in Africa.
Hubert Fichte is considered one of Germany's most important postwar authors. Often compared to the work of Jean Genet and Kathy Acker, Fichte's novels and nonfiction are exuberant and erudite, contesting the stylistic and ethnographic norms of the time to locate a “utopic potential” for poetic and political revolution in the cultural heritage and contemporary life of the African diaspora. Fichte's writing in The Black City provocatively exposes the complexities of its author's subjectivity in a manner that underscores the singularity of his writing while prompting questions about how notions of exploitation, authority, and authenticity manifest themselves in pseudo-ethnographic practices. Translated into English for the first time, The Black City is part of Fichte's multivolume experimental literary cycle, The History of Sensitivity, which was left unfinished due to his untimely death in 1986.

“Fichte did away with the opposition between objective and poetic writing—his heightened objectivity becomes poetic, his poetry journalistic. He wrote to fight against bigotry and provincialism, and developed approaches in the 1970s that are discussed today in queer studies and postcolonialism.”
Diedrich Diederichsen
Published on the occasion of the project “Hubert Fichte: Love and Ethnology,” a collaboration between the Goethe-Institut and Haus der Kulturen der Welt (HKW), Berlin, supported by S. Fischer Stiftung and S. Fischer Verlag.
Hubert Fichte (1935-1986) was a German writer and ethnologist whose work oscillates between subjective-poetic (self-)observation and scientific description of his objects of study, between Queer Studies and Postcolonial Studies.
order
Translated from the German by Adam Siegel with Max Bach. Original title: Die Schwarze Stadt. Glossen (1991, S. Fischer Verlag). 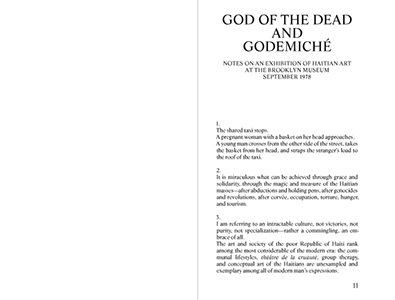 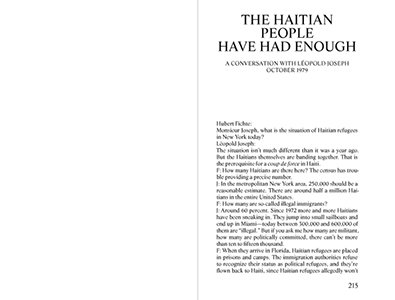 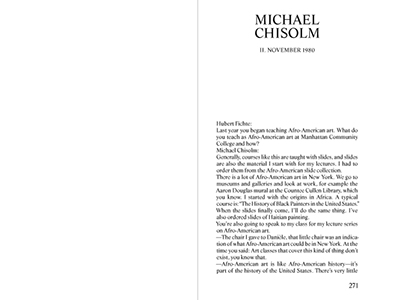 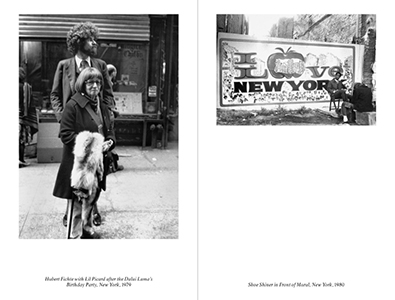