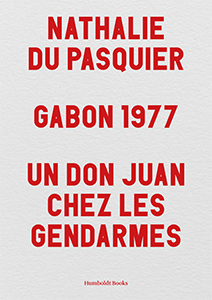 order
This publication presents a comic strip made by a 20-year old Nathalie Du Pasquier in remembrance of a six months journey in Gabon. Inspired by a clipping from a Gabonese daily, the cartoon tells the colorful story of a clumsy Don Giovanni. This edition features an introductory text by the artist, the translated strip, and a facsimile of the comic book in original French version.
Prior to becoming an artist, and before reaching Italy, while not yet twenty years old, Nathalie Du Pasquier spent six months in Gabon, an ex-French colony. She stayed in Port Gentil, the second-largest city in the country, blending in with its everyday life. She made new friends. And it was a friend of hers who would then her a newspaper cutting that Nathalie then decided to turn into a comic strip. What came out is a story with the intense colours and the contagious humour so typical of Africa: the adventures of a clumsy Don Giovanni who brings mirth to the whole community with his undertakings. The little book offers a novel dimension to the artist's work: the comic strip, the bande dessinée, in the finest of French tradition.
The booklet is attached to a specular version, prepared especially for the occasion by the artist, who states: “It was strange to come across this book, bound together with ageing sticky tape, this forgotten relic, because I lost everything I had done before coming to Italy: the letters, the drawings and the photos. I don't even know how it survived: I would like to think that it was the first thing I did, that I can still see myself in it, because most of all it still makes me laugh.”
Nathalie Du Pasquier was born in Bordeaux (France) in 1957, she lives in Milan (Italy) since 1979. Until 1986 she worked as a designer and is a founding member of Memphis. She designed numerous “Decorated Surfaces”: textiles, carpets, plastic laminates, and some furniture and objects. In 1987 painting became her main activity.
order
Graphic design: Teresa Piardi, Maxwell Studio.
published in December 2018
bilingual edition (English / Italian)
21 x 29,7 cm (softcover, with plastic sleeve)
40 pages (color ill.) + 14-page booklet
20.00 €
ISBN : 978-88-99385-54-5
EAN : 9788899385545
in stock 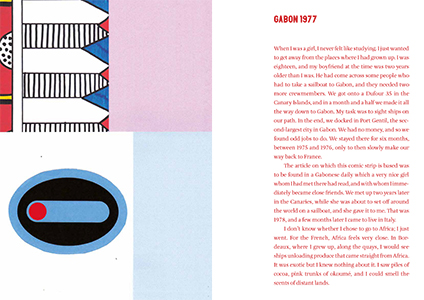 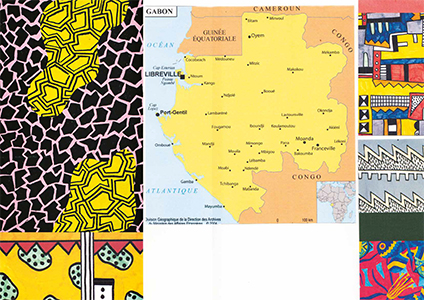 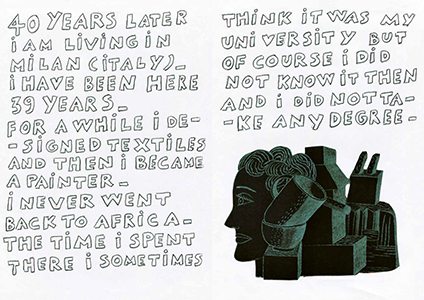 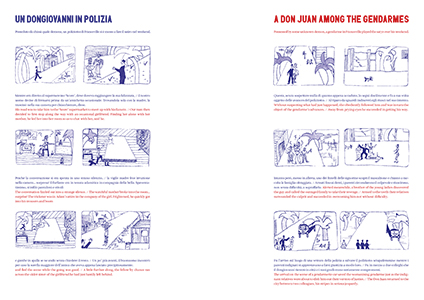