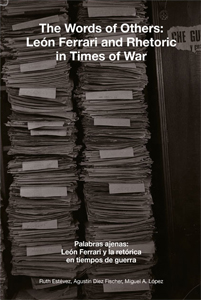 order
wishlist
This publication provides a wide-ranging survey of the Argentinian artist's literary collages—produced from 1965 to 2013—which use appropriated texts, representing a kind of experimental writing at the intersection of visual arts, performance, theater, literature, and activism.
The starting point of this extensive body of work is Ferrari's landmark 1966 work Palabras Ajenas (The Words of Others). Staged only twice, in 1968 and 1972, this literary collage is an imaginary dialogue among 160 historic figures, composed of fragments from contemporary news-wires and historical texts.
Exploring a little-known and scarcely analyzed aspect of León Ferrari's work in order to propose new interpretations, the publication includes eight substantial essays by academics from Latin America and Europe with previously unpublished primary source documents (press notes, photographs, and correspondence, among others), and more than 100 color and black and white illustrations. The book is a comprehensive reflection on the intersections between artistic practices, media, and the climate of political violence in Latin America.
Published on the occasion of the eponymous exhibition at REDCAT, Los Angeles, in the context of "Pacific Standard Time: LA/LA," from September 15, 2017, to December 16, 2018; and at Pérez Art Museum, Miami, from February 16 to August 12, 2018.

See also León Ferrari – The Words of Others – Conversations between God and a few men and between a few men and a few men and God.
The acclaimed Argentinian artist León Ferrari (1920–2013), the voice of a generation, is best known for his politically charged work that challenged authoritarianism of all types, from the Argentinian dictatorship and the Catholic Church to the US war in Vietnam.
order wishlist
Edited by Augustín Diez Fischer, Ruth Estévez, Miguel A. López.
Texts by Pedro Asquini, Augustín Diez Fischer, Ruth Estévez, Cora Gamarnik, Andrea Giunta, Miguel A. López, Leopoldo Maler, José A. Sánchez.
published in September 2017
English edition
18 x 25 cm (softcover)
288 pages (110 color ill.)
40.00 €
ISBN : 978-3-03764-508-6
EAN : 9783037645086
in stock 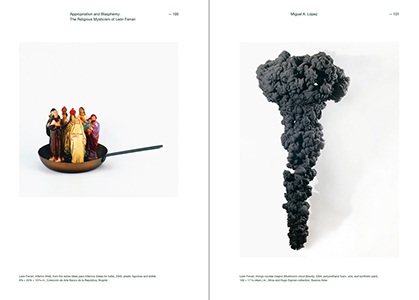 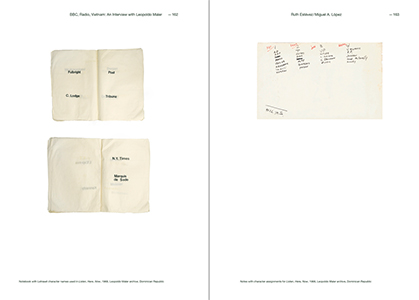