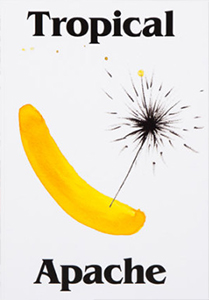 order
A cheerful hand-drawn cookbook celebrating food as Pop Culture.
Tropical Apache is a book born from sheer impulse. Artist Nuria Marqués started drawing cooking recipes without ever thinking about turning them into a series, and least of all into a book. Nuria never cooks, but, for some reason, when she's served a dish, be it by a friend or someone she doesn't know, she loves to ask about its elaboration process and then she draws it and writes it down as a personal document of the lived and shared experience.
Nuria started to scan these drawings and uploaded them onto her Facebook page, and when she saw the super positive feedback from her friends firstly and from an independent curator later on, she contemplated the idea of exhibiting them and turning them all into an accidental recipe book.
The whole collection brims with an evident joie de vivre, and becomes a symbol and pop icon through its gathering of the most playful, colourful, easy, common and sometimes even absurd dishes ever appearing on a cookbook (see the toastie and the orange Tang drink mix recipes in particular!).
But maybe the singularity of Tropical Apache resides in the combination, within a single book, of ideas so apparently unconnected as are autobiographical notes (since it's a memoir of lived experiences), social commentary (since it provides a look at the sometimes absurd gastronomic world, with its limits and good judgement), cultural celebration (since it highlights the good old popular cooking of beach chiringuitos and resorts) and existential melancholy (since there is something excessively cheerful and colourful, but also mysterious when one thinks that this is actually a book made by someone who doesn't like cooking!).
Born in Menorca, Spain, Nuria Marqués graduated with a BA and a DEA (Universitat de Barcelona), and obtained postgraduate diplomas in Illustration (Escola Eina) and painting. She has been an exchange student in Université Jean Monet Saint Etienne in France, and Nottingham Trent University and Chelsea College of Art & Design – University of the Arts London. Her recent works have been exhibited individually in Spain and collectively abroad. She has participated in Art Brussels, Pulse Miami, Art Cologne and the exhibition programme of the Galeria Maior in Palma de Mallorca. Since 2009, she works for Hangar.org in Barcelona. She was appointed head of the production department in 2011.
order
published in December 2014
English edition
15 x 21 cm (softcover)
120 pages (color ill.)
24.00 €
in stock 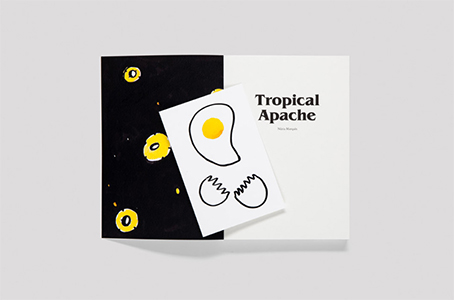 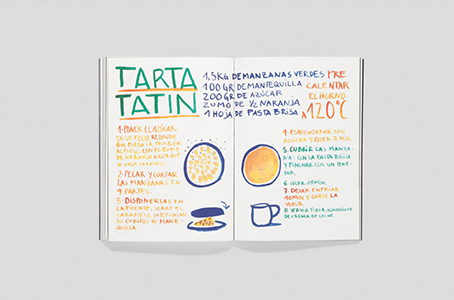 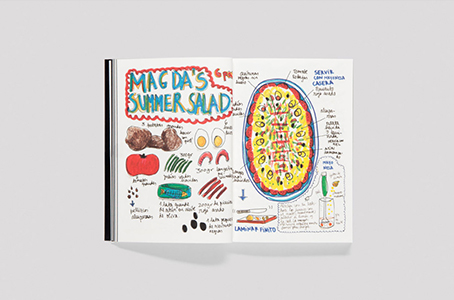 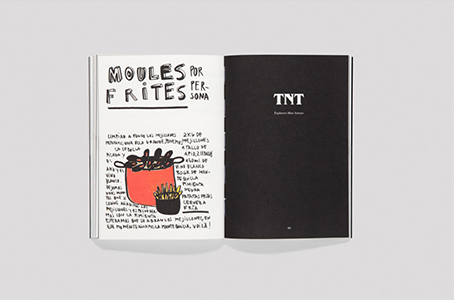