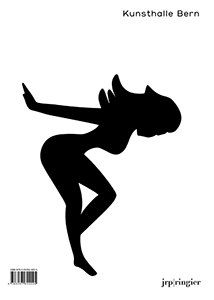 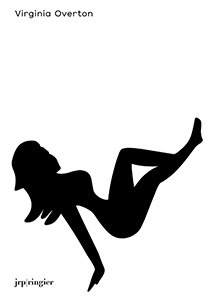 order
wishlist
First monograph dedicated to Virginia Overton, whose minimalist sculptural practice emergeas a direct response to her physical presence in the exhibition space.
While Overton's work is clearly in dialogue with minimalist sculpture, and, in particular, with the work of both Donald Judd and Richard Serra, it also deals with the transformation of architectural space. Notions of equilibrium, weight, and gravity are foregrounded in her carefully balanced assemblages, which harness what she has described as the “natural push and pull in materials.” A recent exhibition at Kunsthalle Bern, for example, was conceived as a series of spatial echoes, with works that intervened in and recreated elements of the museum's architecture such as a floor-based sculpture which copied the pattern of the gallery's glass ceiling, and a series of parquet wood panels hung on the wall which mirrored the actual parquet of the gallery floor. In other works, the artist deals with the visual iconography of working-class America incorporating pick-up trucks (both inside and outside of the gallery space), decal truck motifs, and lightbox signage.
Published following Virginia Overton solo show at Kunsthalle Bern from August 23 to October 6, 2013.
The work of Virginia Overton (born 1971, Nashville, lives in New York) comprises installation, sculpture, and photography, often made in response to a particular space. Through a process of trial and error, she creates sculpture that is “performative,” sometimes obstructing, bisecting, dividing, or joining the architecture of a space with works that are both dramatic and minimal in feel. Infused with an ethos of economy, Overton's practice favors elemental materials, frequently recycled objects that are found on site or things discovered in the environs of the exhibition space. More commonly associated with architecture, construction work, or farming, materials such as wood, metal, Perspex, and fluorescent lighting are thus cut, bent, and hammered into works that talk about the way their materials have been used.
order wishlist
Edited by Lionel Bovier and Fabrice Stroun.
Texts by Howie Chen and Bob Nickas.
published in February 2016
English edition
20,5 x 28,6 cm (hardcover)
64 pages (45 color ill.)
25.00 €
ISBN : 978-3-03764-422-5
EAN : 9783037644225
in stock 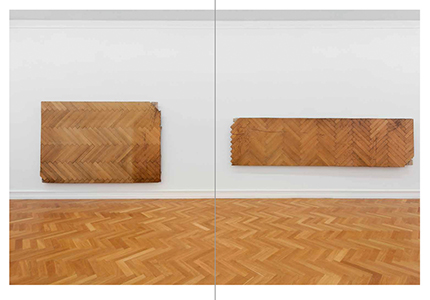 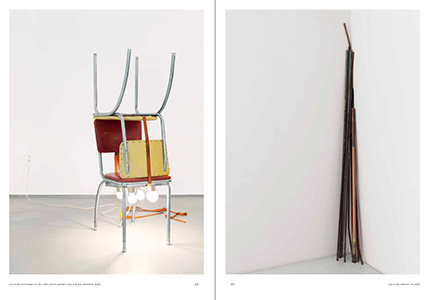 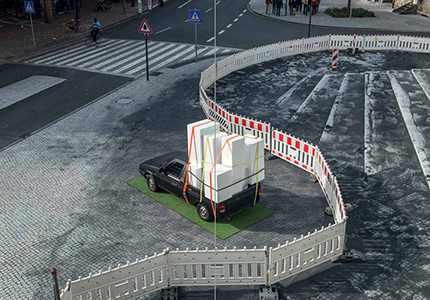