Bert Flint is an eminent collector, anthropologist, and expert in the "Afro-Berber" arts, a category that he patiently forged and grew to incarnate, notably through the Musée Tiksiwin, which he founded in Marrakech in 1996. The culmination of a lifetime of research, this museum, where it is not uncommon to meet the founder strolling through his own collection, continues to be open to the public.
Bert Flint's connection with Morocco began in 1957, when he arrived in the country in the wake of Independence. That is to say driven by a sense of renewal and the context of cultural openness. It was there that this Dutch student of Hispanic languages and literature was able to carve a path for himself, and he soon discovered traces of Arabo-Andalusian civilisations in his ethnographic studies of Moroccan art.
At the heart of his research, particularly intense in the High Atlas and Anti-Atlas Mountains, Bert Flint understood how to reveal the fundamental role of Saharan populations within the multi-cultural heritage of Morocco. They represent, for him, the genuine vector of Afro-Berberism, demonstrating that civilisation is not produced by urban and trading centres alone, but also by the desert and its nomadic populations. It is thus the case to retrace the deep cultural transfers, from one side to the other of a sub-Saharan border that self-dissolves, as these exchanges take place far beyond the context of national or colonial borders. 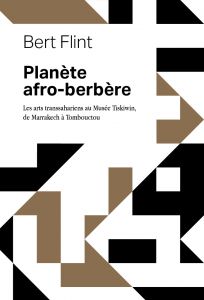 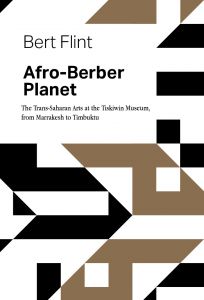 Afro-Berber Planet – The Trans-Saharan arts at the Tiskiwin Museum, from Marrakech to Timbuktu
2021
English edition
Zamân - Zamân Books
An augmented reissue of the guide to the Tiskiwin museum in Marrakech, created by collector and anthropologist Bert Flint following his various travels through Transsaharian Africa. 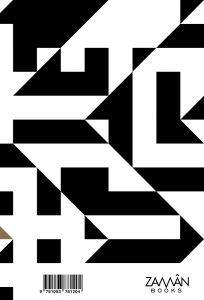