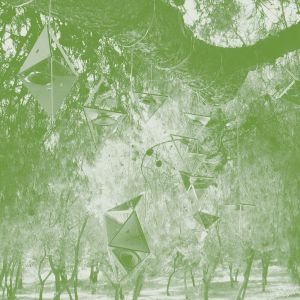 order
wishlist
An evocative musical tribute to Greek architect and painter Dimitris Pikionis, based on field recordings and small "poor" objects such as tin whistles, music boxes and toy harmonicas: a meditative, whirring, vibrating and suspended sound piece, both "environmental" and particularly musical.
Oionos was created for the exhibition The Grand Promenade, in Athens, Greece. The exhibition took place in various archaeological and historical sites in central Athens, creating a situation for contemporary site specific works to be in dialogue with their historical surroundings.
While it was not originally offered as a possible site, I pleaded with the curator to allow me to work with architect Dimitris Pikionis's Church of St. Dimitris Loumbardiardis, about a 10-minute walk from the main path of the Grand Promenade. Pikionis designed the original promenade which is still visible in several areas, but much of the area's original designs were altered during the "restoration" before the 2004 Olympics. The small path that leads to the church gives a much stronger impression of Pikionis's vision for the entire promenade as it was; so i wanted to use my work to draw viewers/listeners into his world.
When I first saw the small church it totally took my breath away, and I immediately began to think about a work that could exist in resonance with it — but not distract from it. The church itself is still in use, and I wanted to the work to be gentle and out of the way of the people who worship there. I decided to use the large tree in the front of the church for a hanging work that would a little bit of visual presence as well as sound which could blend with all of the insect noises and the overall quiet of the area.
The audio was built from field recordings and small "poor" objects such as tin whistles, toy harmonicas, and the like. These "instruments" suggested by the museum of musical instruments in Athens, where the proper instruments take up most of the museum, but there is a wonderful display case in the basement with musical toys, religious objects, and other sounding devices not considered musical instruments. I felt that these simple things related to Pikionis's ideas about architecture and craft, and his interests in indigenous culture in conjunction with intellectual and modern culture. I felt there could be a relationship.
Steve Roden
Embossed sleeve, insert, & perfect bound book including images, interview, artwork.

Steve Roden is a visual and sound artist from Los Angeles, living in Pasadena. His work includes painting, drawing, sculpture, film/video, sound installation, text and performance.
Roden's working process uses various forms of specific notation (words, musical scores, maps, etc.) and translates them through self invented systems into scores, which then influence the process of painting, drawing, sculpture, and composition. These scores, rigid in terms of their parameters and rules, are also full of holes for intuitive decisions, failures and left turns. The inspirational source material becomes a kind of formal skeleton that the abstract finished works are built upon.
In the visual works, translations of information such as text and maps, become rules and systems for generating visual actions such as color choices, number of elements, amounts of time and form building.
In the sound works, singular source materials such as objects, architectural spaces, and field recordings, are abstracted through humble electronic processes to create new audio spaces, or possible landscapes. The sound works present themselves with an aesthetic Roden has described as lower case—sound concerned with subtlety and the quiet activity of listening.
order wishlist
published in March 2022
25.00 €
in stock