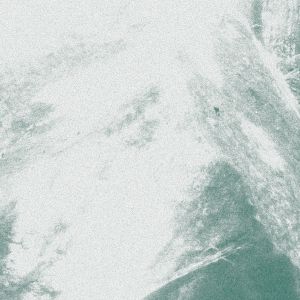 order
wishlist
A series of in situ improvisations on Mount Tamborine in Australia.
In August 2013, David Toop and Akio Suzuki visited Australia. During a residency on Tamborine Mountai, the pair were joined by Lawrence English for a series of site specific, environment-led improvisations created around the fringes of the Tamborine plateau. Embedded in place, these recordings flow from and merge into the land on which they were created. Aural emissions answering back to the frenetic songforms of Lyre birds, the murmuring waterfalls and the hushed ambiences of night insects amongst the foliage.

"I am ceaselessly fascinated by how memory operates and, I'm regularly struck by how individually subjective a collective experience can be when recalled by its participants. Lynch's Lost Highway comes to mind here, specifically Bill Pullman's character Fred Madison who says 'I like to remember things my own way. How I remembered them, not necessarily the way they happened.' Like Madison, I can't help but sense that memory takes shape through an accumulative process that reflects how each of us have lived (and maybe even wanted to live) up to that point in time.
Going back to listen again to these recordings of which I was a part with David and Akio, I was surprised by what elements had stayed with me and what others had slipped into the eternal greying of my mind. I have vivid recollections of listening to a Lyre bird before recording the pieces together at Witches Falls. I remember both Akio and David finding musicality in decaying palm fronds. I remember Akio's voice, amplified through his Analpos, bouncing off the stones and trees. I remember David's flute, so quiet in the pitch black of the night forest as to appear like a hushed tone of wind or a distant animal calling. I also remember trying to match my modest hand held electronics with the pulsing and pitching of the insects around me.
Reading David's text, which is included in the book published alongside this edition, he recounts several things I had forgotten. Conversations about memory, ironically enough, had vanished from my mind until reading his words. I also didn't really remember my role as tick surgeon, removing a living insect from David's ear. I do remember his cooking though, as does Akio (captured aptly in his drawings), no doubt a testament to David's improvisational culinary expertise.
Breathing Spirit Forms represents a distinctive exchange between friends and collaborators. Tamborine commands a special presence and encourages a deep patience from those who are willing to give time to its varied environments. For the three of us, we were fortunate to share these moments together, fleeting in our lives as they might be, to sense the mountain's unique qualities, to respond to them through our exchanges and to form memories (as disparate as they might be) we carry forward with us in time."
—Lawrence English
Monochrome printed + matte laminate sleeve, includes 4 panel fold out poster and 24 page book with text by David Toop, drawings by Akio Suzuki and photography by Lawrence English.

Born near London in 1949, David Toop is a musician, writer and sound curator. He has published three books, numerous solo albums since his first album released on Brian Eno's Obscure label in 1975, curated five CD compilations, composed the soundtrack for an outdoor spectacular under Lisbon Expo '98, recorded shamanistic ceremonies in Amazonas. He worked with musicians including Brian Eno, John Zorn, Prince Far I, Jon Hassell, Derek Bailey, Talvin Singh, Evan Parker, Max Eastley, Scanner, Ivor Cutler, Haruomi Hosono, Jin Hi Kim and Bill Laswell, and collaborated with artists from many other disciplines, including theatre director/actor Steven Berkoff, Japanese Butoh dancer Mitsutaka Ishii, sound poet Bob Cobbing, visual artist John Latham, filmmaker Jae-eun Choi and author Jeff Noon.
As a critic and columnist he has written for many publications, including The Wire, The Face, The Times, The Sunday Times, The Guardian, Arena, Vogue, Spin, GQ, Bookforum, Urb, Black Book, The New York Times and The Village Voice.
Akio Suzuki (born 1941 in Pyongyang) is a Japanese pioneer of sound art. Since his infamous "Throwing Objects Down a Staircase" event at Nagoya Station in 1963 and the self-study events which followed, where he explored the processes of "projection" and "following" in the natural world, Suzuki has pursued listening as a practice. In the 1970s he created and began performing on a number of original instruments, including the echo instrument Analapos. In 1988 he performed his piece "Space in the Sun", which involved purifying his ears for twenty-four hours in nature on the meridian line that runs through Amino, Kyoto. In 1996, he began his "o to da te" project where he seeks out echo points in the urban environment. Has performed and exhibited at many venues and music festivals around the world, including Documenta8 (Germany, 1987), the British Museum (2002), Musée Zadkine (France, 2004), Kunstmuseum Bonn (Germany, 2018), Museum of Contemporary Art Tokyo (Tokyo, 2019), etc.
Lawrence English (born 1976) is composer, artist and curator based in Australia. Working across an eclectic array of aesthetic investigations, English's work prompts questions of field, perception and memory. He investigates the politics of perception, through live performance and installation, to create works that ponder subtle transformations of space and ask audiences to become aware of that which exists at the edge of perception.
Lawrence English is the director of the imprint Room40, started in 2000.
order wishlist
published in February 2022
25.00 €
in stock