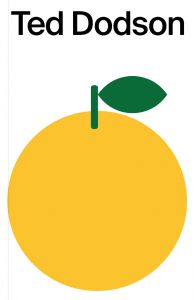 order
wishlist
Ted Dodson's thoughtful and experiential second collection of poems.
“It would be too easy to say love vanished from the earth…” begins Ted Dodson's An Orange. It's a provocation to which An Orange wholeheartedly responds. Dodson's work reroutes essay, narrative, and confessionalism, detouring from criticism into bisexual desire and navigating modernity as fluently as it imagines speculative destinations for language. From the graceful realism of the opening travelogues to its final long poem, “The Language the Sky Speaks,” An Orange guides memory and affect into cosmopolitan forms: disalienating, expansive, and tonic.

“…Pertinent and mobile, [the poems of An Orange] speak to me right now, recording & rearranging ordinary impossibilities & anxieties, while operating at a speed beyond preservation (they said that). The works in An Orange tremble with the certainty trembling forces into view: ‘To speak gently with you / makes the whole world again / accessible for a moment.’”
—Anselm Berrigan

“I love how Ted renders his documentary vigilance away from the ironclad to arrive at a generous poetry of citizenship. It is in this context, this thinking space, that we are invited to democratically regard everything that is put before us…An Orange values integrity over clarity, or anything as normative. It supposes that we all know how this nerve movie ends and offers a language that can ‘provide an antidote for any lesser dread.’”
—Stacy Szymaszek
New York poet and critic Ted Dodson is the author of At the National Monument / Always Today (Pioneer Works, 2016) and Pop! in Spring (Diez, 2013). His writing has been featured in Hyperallergic, BOMB, Fence, The Stinging Fly, and The Brooklyn Rail among other publications. He works for BOMB, is an editor-at-large for Futurepoem, and is a former editor of The Poetry Project Newsletter.
order wishlist
Published by Pioneer Works Press & Wonder, New York.
published in February 2021
English edition
11,5 x 17,5 cm (softcover)
112 pages
18.00 €
ISBN : 978-1-945711-13-8
EAN : 9781945711138
in stock 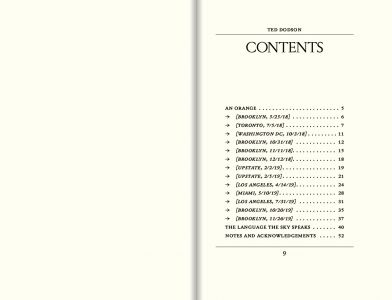 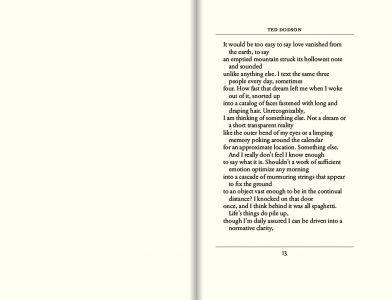 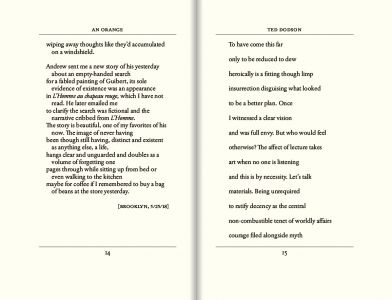 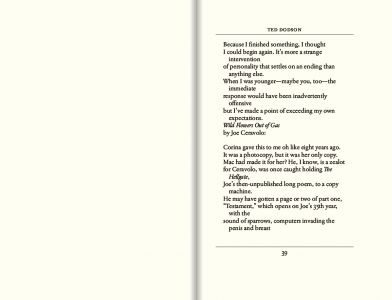 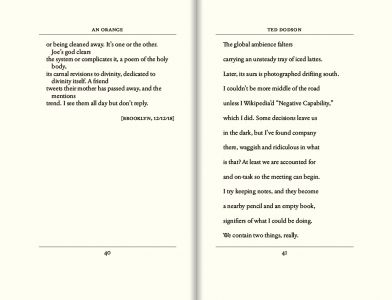 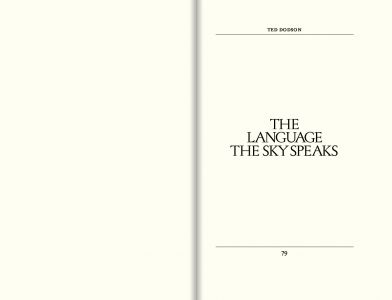 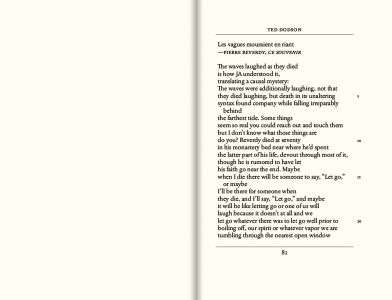 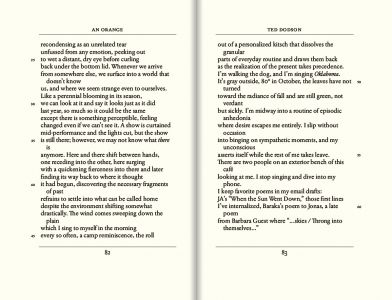