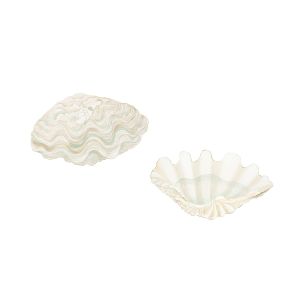 wishlist
The third solo album by Paris-based Japanese experimental musician and sound artist Tomoko Sauvage, recorded in a former water tank in Berlin, a building with a special architecture and acoustics. Tomoko Sauvage, who has been working on her unique “natural synthesizer” by combining water, hydrophones and glass or ceramic bowls, was inspired by the building's history that she discovered by coincidence during her recording sessions.
Fischgeist was recorded in a former water tank in Berlin-Prenzlauer Berg in August 2019. The nineteenth-century brick building consists of five layered circles, with a spiral staircase in the middle leading up to an exit to a hilltop. Inside, it's humid and cold, the temperature always around 8–10 C°. The building's acoustics produce a long reverberation that lasts up to 20 seconds.
“One day between recording sessions, a man, a passerby, wanted to look inside the building. He told me that it used to be full of fish. For a second I imagined a huge round aquarium with loads of fish swimming around in circles. Then I realized that he meant dead fish were kept there, to be sold on markets during the GDR era. But the image of fish swimming in the space stayed with me.”
In conversation with the space of the water tank, Tomoko Sauvage searches beyond the limits of her self-invented “natural synthesizers”: porcelain and glass bowls, filled with water and amplified with hydrophones.
While she continues to develop some of the classic techniques heard on her previous album Musique Hydromantique (Shelter Press, 2017) – hydrophonic feedback (Kinetosis Study) and “fortune biscuits” (porous pieces of terracotta that emit tiny singing bubbles) (Deluge) – here new elements are combined with delicate gestures to make curious noises: stroking bowls' surfaces to imitate the voices of sea mammals (Metamorphosis), drawing dots and circles by rubbing stones against stones underwater (Exit) … The underwater amplification of quasi-inaudible sound is even more magnified in the air by the echo of the water tank. Not only tiny bubbles, but also micro-movements of the bones and veins of the hand holding the sonorous objects in the water, are intensely amplified—sounding like a tempest on the opening Deluge.
Sauvage's longtime research into hydrophonic feedback develops with her new obsession with natural harmonics and sympathetic resonance. In Flying Vessels, the percussive notes of struck bowls resonate and turn into feedback loops before decaying, fueled by electric signal gain. Kinetosis Study is a sonic etude on fluid dynamics – the flow velocity, pressure and density of manually shaped water waves directly controlling the aquatic synthesizer's parameters.
August, when the mid-summer Ghost Festival is held, is traditionally known as the Ghost Month throughout East Asia. The spirits of the dead visit their living families, who welcome them with feasts, dancing and music. Miniature lantern-laden boats are released in rivers, to help lost ghosts find their way home.
Animated by formless matter—water, electricity, sound—Fischgeist celebrates a phantasmagoric journey, as the souls of aquatic lifeforms find their way out of the labyrinth of the water tank.
Tomoko Sauvage, Japanese musician/sound artist based in Paris, has been working on waterbowls, porcelain bowls of different sizes, filled with water and amplified with hydrophones (under-water microphones). She plays with different forms of water—drops, waves and bubbles resonating in the bowls as well as audio feedback creating waving drones and natural overtones. Her work is about the delicate balance between controlled and uncontrolled with random percussion of droplets, acoustic characteristics of the space and the fragile tonality created with the fluid materials constantly evaporating and moving.
Sauvage has been giving performances, exhibitions and workshops in Europe, US, Canada and Japan, often in solo but also in collaboration with musicians and choreographers. Her works have been released by and/OAR (US), Aposiopèse (BE), dokidoki editions (FR), Shelter Press (FR)...
In 2011, a new set of porcelain bowls was created during her residency at La Pommerie (FR) in collaboration with Ceramic Research Center in Limoges (CRAFT).