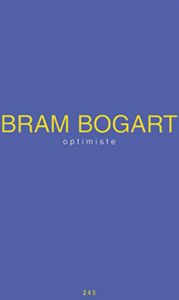 order
wishlist
Unpublished text with an original painting on cardboard, signed by the artist.
Limited edition of 245 numbered copies.
Dutch-born, Belgian artist Bram Bogart (1921-2012) is one of the founding painters of informal art, associated with the CoBrA movement. He explored painting from a young age and went on to enjoy a distinguished and prolific career. Bogart moved to Belgium in the late-1950s, eventually making it his home. From there he developed new and inventive painting techniques, working in the thick impasto style that he became recognized for, and which placed his work in high demand throughout Europe. Best known for these captivating, colourful abstract works, Bogart has exhibited alongside his peers in some of the most important museums and art institutions worldwide. He has had a great number of solo exhibitions and retrospectives, including major shows at the palais des Beaux-Arts in Brussels, the Museum of Modern Art in Ostend, the Museum of Contemporary Art in Ghent, the Espace Museal Bellevue in Biarritz, and most recently at the CoBrA Museum in Amstelveen. Bram Bogart died on 2nd May 2012, aged 90.
order wishlist
published in 1997
French edition
12,5 x 21 cm (softcover, dust jacket)
48 pages (ill.) + inserted artwork
800.00 €
ISBN : 978-2-902462-42-1
EAN : 9782902462421
in stock