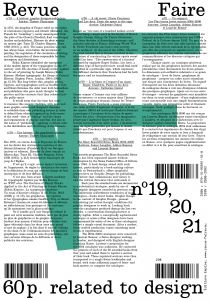 In 1275, the kingdom of France ruled on the rights of stationarii (copyists) and librarii (librairies, the French for “bookshop”), newly emancipated from the yoke of the Church (Friedrich Karl von Savigny (author and publisher), Histoire du droit romain au moyen âge, Tome III, Charles Hingray, Paris, 1839 (1815), p. 415). The main question was and has always been, even before the invention of printing, the regulation of the circulation of writing, and the designation of those responsible for their inscription and distribution.
Robin Kinross identified the emergence of the modern figure of the typographer in the 17th century, with The doctrine of handy-works: applied to the art of printing by Joseph Moxon (Robin Kinross, Modern typography: An Essay in Critical History, Hyphen Press, London, 2004 (1992) pp. 15-16). But long before this, graphic artists, copyists, and typographers such as Geoffroy Tory and Henri Estienne the elder were both booksellers and publishers who gave much thought to their practice and the contents that they released into the public space.
It would seem that the time has come to reassess this ancient tradition, with more and more graphic artists and designers choosing to establish their own publishing houses in order to defend their editorial approach in both senses of the word—that of “editing” and the choice and organization of graphic material, but also in the sense of “publishing”, applying a certain ethic to the distribution and advertising of the contents.


#20 — A ski resort: Pierre Faucheux and Les Arcs. From the space to the sign.
Author: Catherine Guiral

Known as “the man of a hundred million covers” and for being a major actor in the history of French Graphic Design during the Trente Glorieuses, the three decades of flourishing economic and cultural activity in France following World War II, Pierre Faucheux also had a rich activity as an architect. At the end of the 1960s, Charlotte Perriand invited him to become involved in the adventure of constructing the winter sports resort called Les Arcs. “The construction of a fantasy” designed by engineer Roger Godino, Les Arcs, a different type of Savoyard resort, would find itself embodied in a particular sign, which expresses the different instincts that Faucheux had for both the space and its transformation.

The awards programme The Most Beautiful Swiss Books has been organised almost without interruption by the Swiss Federal Office of Culture since 1943. A book design award with such history, particularly in a book-making culture as rich as Switzerland's, offers insightful perspectives on Graphic Design for publishing, the culture that commissions and values it, and the critical discourse that surrounds it.
Each year the awarded books are documented in a substantial catalogue, made by one of the graphic designers awarded in previous years. The inherently self-reflexive tendencies of such catalogues—books about books, Graphic Design in the context of Graphic Design—present stimulating yet rather fraught conditions for graphic designers to work in. Looking back over the catalogues produced during the last two decades, a conversation-through-practice is clearly legible. After a conceptually sophisticated catalogue or series (often designers have been commissioned for series of two or three catalogues) follows a simple visual document. After a modest, finely-crafted production comes something more lavish or experimental.
The 2004–2006 catalogues were conceived by Laurent Benner, a Swiss designer working in London, and designed with English designer Jonathan Hares. Laurent's proposition for the 2004 catalogue was audacious. He contacted the printers of each of the 20 awarded books from that year and asked them to reprint a section of their book. These reprinted sections were then transported to a single Swiss bookbinder and bound, with some additional pages of front- and back-matter, to comprise the catalogue.
Faire is a bi-monthly magazine dedicated to graphic design, published from October to June, distributed each two months in the form of anthologies of three or four issues. Created by Empire, Syndicat studio's publishing house, Faire is aimed for undergraduate students as well as researchers and professionals, documenting contemporary and international practices of graphic design, along with the history and grammar of styles. Each issue focuses on a single subject, addressed by a renowned author.

“Critical publications dedicated to the analysis of Graphic design are sadly few and far between today, particularly in France, but also in Europe as a whole. Adopting an analytical and critical posture with regard to the forms and activities of Graphic design, Sacha Léopold and François Havegeer intend to establish a printed publication that deals with these practices. The publication will work with seven authors in its first year (Lise Brosseau, Manon Bruet, Thierry Chancogne, Céline Chazalviel, Jérôme Dupeyrat, Catherine Guiral and Étienne Hervy). This initially limited choice, linked to a desire to propose an experience with a group that has previously participated together in projects, will then allow for the inclusion of foreign authors in the second year of publication.”
order
published in May 2020
bilingual edition (English / French)
20 x 29 cm (softcover, plastic sleeve)
60 pages (color & b/w ill.)
20.00 €
ISBN : 979-10-95991-16-8
EAN : 9791095991168
in stock 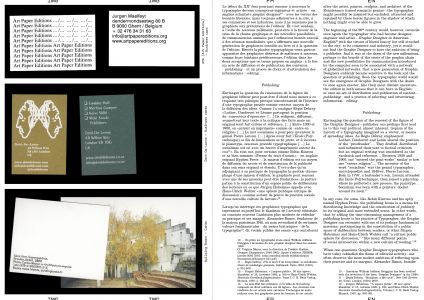 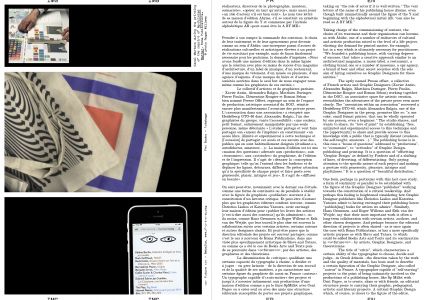 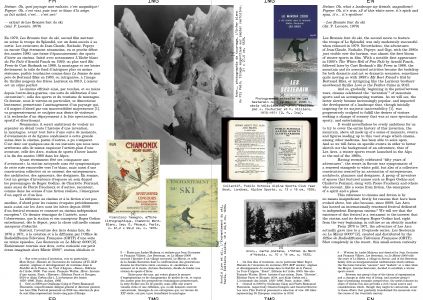 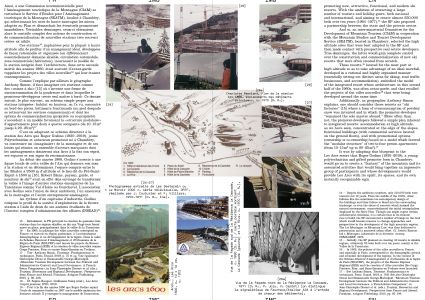 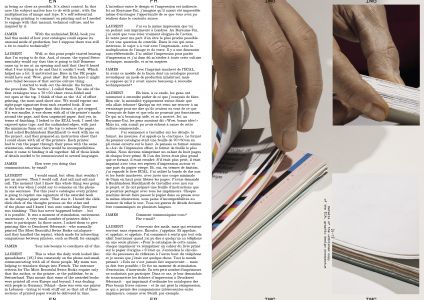 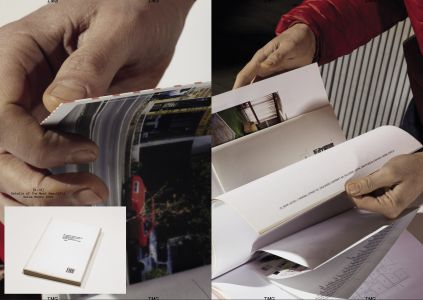