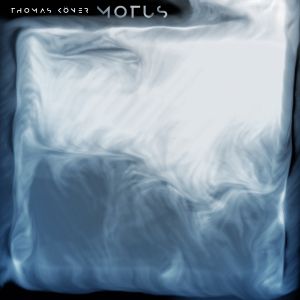 pre-order
Thomas Köner's new album, marking the relaunch of the lengendary Mille Plateaux label.
“Motus is more (to me) than just music made with analogue synthesizers, it is about attitude, a way of relating to sound and the (e)motion it affects.
A lifestyle, where movement, being moved and moving become one. My practice is vibrational, about the skin, touch and surfaces and the gaseous medium in between.
I dream of a dance floor where Motus would be enjoyed. In what kind of world, or rather, what kind of society would allow that? And when? Is this futuristic? A situation-to-come, where the understanding of music expands greatly, when blissful moments are independent of simple melodies, where harmony appears beyond I-V-vi-IV chord progressions, when the techniques of social alienation, which determine the use of all the drugs that accompany recreational music, are reversed into creative tools of exploration.
Motus is part of this exploration: to find dance, free of clock, and groove, free of rhythm.
There is pulsation, and the downbeat connects to the downward beings as in stones and minerals, the upbeat connects to the upward beings as in grasses, flowers, trees and stars.
Binding both together, connecting sky and earth, is the dancer.
The moves / the movement is pure. It is the kiss of spirit and matter.”
Thomas Köner
Also available on vinyl.
Thomas Köner (born 1965 in Bochum, Germany) studied at Musikhochschule Dortmund and CEM Studio Arnhem. He is a distinctive figure in the fields of contemporary music, techno and multimedia art, working across the spheres of composition, visual arts, installation work and music production. For more than three decades his work has been internationally recognised, receiving awards such as Golden Nica Ars Electronica (Linz), Transmediale Award (Berlin), Best Young Artist at ARCO (Madrid), and many more.
His familiarity with both the visual and sonic art resulted in numerous commissions to create music for silent films for the Auditorium du Musée du Louvre, Musée d'Orsay, Centre Pompidou, and others. Likewise, he created installations for diverse situations for example ISEA International Symposium on Electronic Art, the Museo Nacional de Bellas Artes Santiago de Chile, to name a few.
His works are part of the collections of significant museums such as Musée national d'art moderne, Centre Pompidou Paris, Musée d'art contemporain, Montréal. Thomas Köner is continuing his close relationship with sound art by creating radiophonic works for the national Radio in Germany and France (Deutschlandradio Kultur, WDR Studio Akustische Kunst, Radio France), while also working as a live performer and composer and producer. His music compositions from the early 90's, including albums Permafrost, Nunatak and Teimo (Type label), were considered pioneering in the field of minimal electronic. His next album Novaya Zemlya was released by Touch. Köner's acclaimed production skills with his more beat-oriented duo Porter Ricks, whose album Biokinetics is considered “a classic of techno sound”, resulted in remix commissions for a.o. Trent Reznor's Nine Inch Nails.
His performances and installations are audiovisual meditations that explore our notion of time, memory and location. He invites audiences to enjoy impressions of depth, distance and disappearance, and to fathom the qualities of the space around our limits of perception.
pre-order
2020 (publication expected by 2nd quarter)
16.00 €
forthcoming
Thomas Köner: other titles