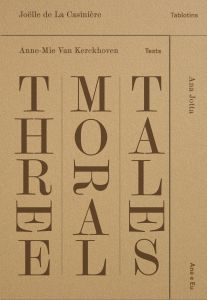 order
wishlist
Catalogue.
The moral tale is a literary genre that was especially popular in Europe throughout the 18th century. As ways of being and doing were strongly tied to conventions assigned to social roles and genres, the rise of rationality and freethought, characteristic of this era, began re-organizing the so-called “natural order” of established patterns. Through fables and satires, moral tales expressed sharp critical views on the social relationships and hierarchies of the time, often using radical irony and cruelty, as in the tales of Jonathan Swift or of the Marquis de Sade, to decipher the untold rules at play in this early age of capitalism.
The works of the three artists invited to these Three Moral Tales are not that of moralists, but somehow assume a kind of moral dimension, as they present themselves as critical allegories. Joëlle de La Casinière, Ana Jotta and Anne-Mie Van Kerckhoven make use of fables and sometimes caricatures to observe and criticize the cruelty of human relationships. The “moral tales” narrated by these three artists scrutinize representations of evil, and mock hierarchies, traditions and social order. By doing so, they also follow up on a certain spirit of the iconoclastic avant-gardes of the early 20th century.

French artist Joëlle de la Casinière, Portuguese Ana Jotta and Flemish Anne Mie Van Kerckhoven have in common to pay no fealty to trends of contemporary art. Moreover, they fought unwaveringly throughout their respective careers the need to see their work being given an “official line”. Instead, they stood aside, went underground or remained indifferent to the twists and turns of the art market and institutions. They sometimes created surrogate characters, hid, or playfully modified their names to react to the branding of identity in the artworld, and to the imposed marginalization that they had to cope with as women artists, as did artists living in peripheral geographies. In a way, paradoxically, being marginalized encouraged a calculated versatility of media and styles, and the invention of an idiosyncratic vocabulary, while total freedom remained their one and only rule.
Published on the occasion of the eponymous exhibition at Malmö Konsthall in 2019.
Since the early 1970s, Joëlle de la Casinière (born in 1944 in Casablanca, lives and works in Brussels) has been developing a singular graphic and visual work in which calligraphy, collage and poetry are juxtaposed.
Having exhibited regularly since the 1980s, Ana Jotta (born 1946 in Lisbon) has developed a completely unique body of work which has warranted her clear recognition both within a national context and, especially over the last decade, internationally. Known for her cutting irony and criticism about the concepts of authorship or originality, extraordinarily diverse and heteroclite in her conception, formulation or presentation, her work occupies a space of freedom, using techniques as varied as painting, collage, performance, drawing, assemblage, photography, installation, sculpture, sound, video, embroidery, engraving, writing or appropriation of objects from various sources.
Anne-Mie van Kerckhoven (born 1951 in Antwerp) is a Belgian artist whose work involves painting, drawing, computer art and video art.
order wishlist
Edited by François Piron and Liza Maignan.
Texts bu François Piron, Mats Stjernstedt, Anne-Mie Van Kerckhoven. 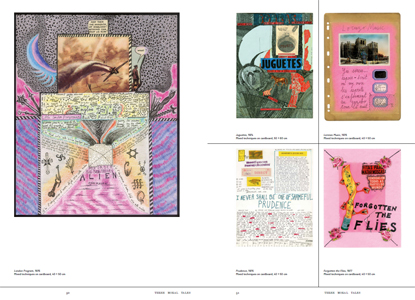 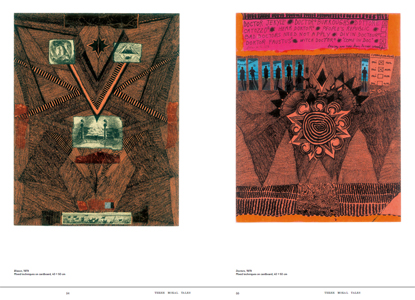 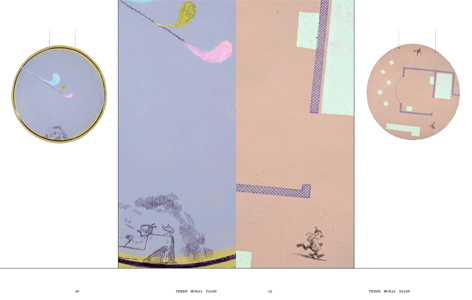 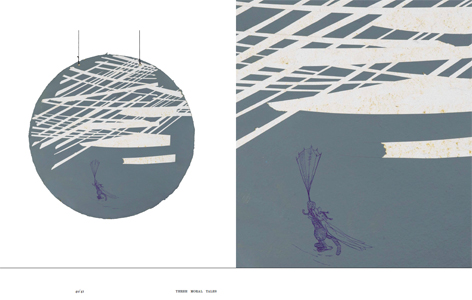