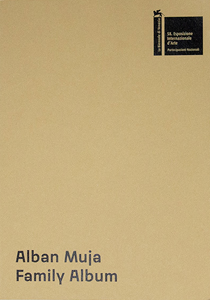 order
The catalogue of Alban Muja's project for the Kosovo Pavilion at the 58th Venice Biennale.
“Family Album is the artist's attempt to solve or at least understand the problematics of distance between the public and the pain of others represented in photography and film. This then confronts us with a question concerning the perception of the mediatized image and its effect on our everyday life. Along with references to overconsumption, manipulation, distribution, and value, Muja reveals the latent point of contact between the media images that one consumes and the fermentation of basic notions of politics, class, religion, and culture.”—Tevž Logar

Published on the occasion of the 58th Venice Biennale, Alban Muja—Family Album is a catalogue edited by Vincent Honoré and Anya Harrison with written contributions by Kujtim Gashi, Tevž Logar, and Ingrid Luquet-Gad. As explained by the artist Alban Muja in the interview included in the publication, the aim of the project is not to dwell on the war and the consequences of war but to talk about all those well-known images of war shared through media around the world, and to problematize the representation of public images. Through this perspective, Family Album embodies the idea of prevention and consent to introduce a symbolic “rebellion” against current social and economic modes that have propelled the idea of spectacle to almost surreal extremes.
Alban Muja (born 1980 in Mitrovica, Kosovo, Alban Muja lives and works in Prishtina, Kosovo) graduated from the Faculty of Fine Arts of Prishtina. Muja's artistic practice is mostly influenced by the social and political transformation processes in his home country of Kosovo, but also of the region and beyond. Muja investigates history as well as the socio-political themes and links them to his condition and social position. His work covers a wide range of media including video installation, short films, documentary films, drawings, paintings and performances, and has been extensively exhibited internationally.
order
Edited by Vincent Honoré and Anya Harrison.
Texts by Vincent Honoré, Anya Harrison, Kujtim Gashi, Tevž Logar, Ingrid Luquet-Gad.
published in July 2019
bilingual edition (English / Albanian)
16,5 x 23,5 cm (softcover)
146 pages (ill.)
17.00 €
ISBN : 978-88-6749-372-2
EAN : 9788867493722
in stock 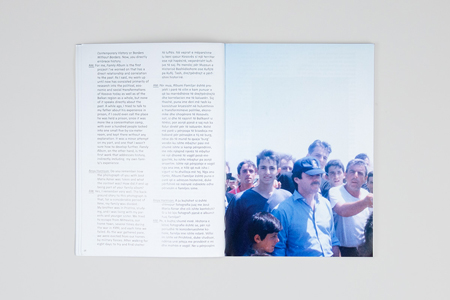 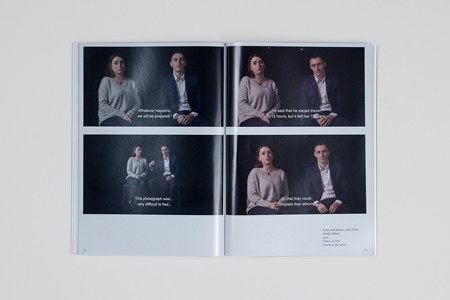