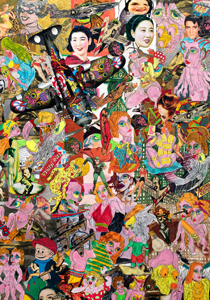 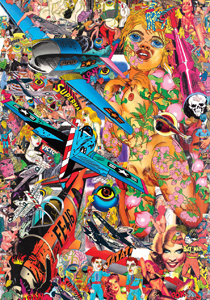 order
wishlist
Artist's book.
The kaleidoscopically simmering works of Keiichi Tanaami interlink the American comic world, psychedelic nightmares and Japanese culture. The colourful compositions create a cosmos of their own and tell about war and disease in a surprisingly concrete way. As a child during the Second World War the artist experienced the US air attacks on Tokyo and these became important motifs in his art: roaring American bombers, Japanese searchlights, his grandfather's deformed goldfish.
Keiichi Tanaami is looked upon as the forerunner of Japanese Pop Art and is one of the country's most influential artists. Born in 1936 as the son of a textile wholesaler, he was nine years old when he experienced the bombing of Tokyo towards the end of World War II. He studied at the Musahino Art University, visited Andy Warhol in New York in 1969, worked with both Robert Rauschenberg and art critic Michel Tapié during their travels to Japan, and designed record covers for Jefferson Airplane and The Monkees. He maintained a successful career as an illustrator and a graphic designer throughout the 1960s and early '70s, and was appointed as the first artistic director of the Japanese edition of Playboy magazine in 1975. With an infinite artistic appetite, Tanaami continues working across all boundaries, embracing painting, sculpture, performance and film, as well as a professor on the Faculty of Information Design at the Kyoto University of Art and Design in Japan.
order wishlist
Published with Innen.
published in April 2019
no text
14 x 20 cm (softcover)
24 pages (color ill.)
10.00 €
in stock 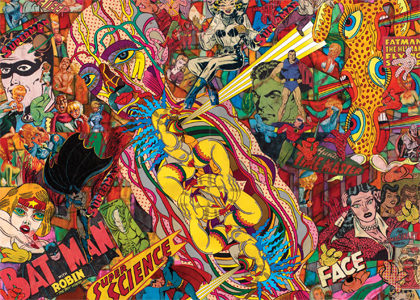 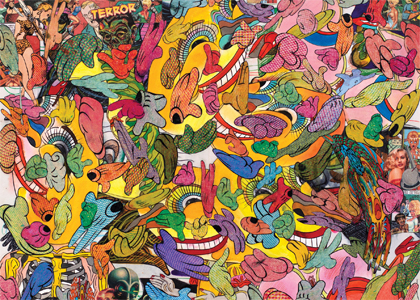 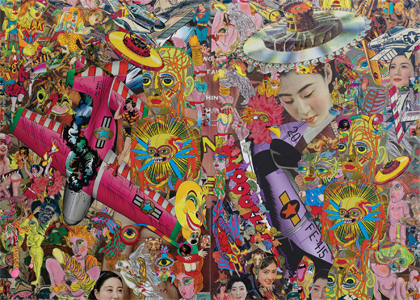 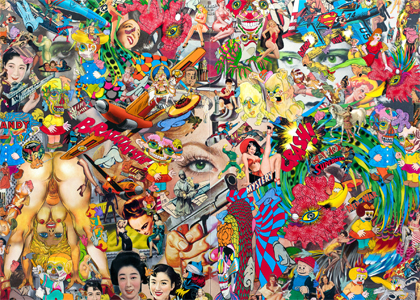