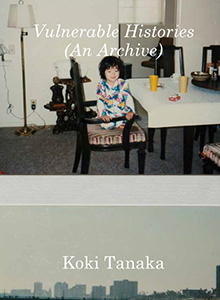 order
wishlist
Fully documenting Koki Tanaka's latest video & photo project, this publication focuses on a pressing issue from the artist's native country—the mutual incomprehension and mistrust between Zainichi Koreans and ethnic Japanese—to plead for vigilance when it comes to racism and discrimination.
Reacting to the urgent problems facing global society such as immigration, xenophobia, and nationalism, the project centers on a series of conversations in various settings between two protagonists—the Zainichi Korean Woohi Chung and the Swiss of Japanese descent Christian Hofer—who have not met before. The artist's camera follows them traveling to several locations in Tokyo to grapple with questions about (their own cultural) identity and how to take a stand against the simplistic and selective worldviews of racist groups.
How do communities organize the way we live together? This is the question around which the work of the Japanese performance artist has revolved since the 2011 Fukushima nuclear disaster. He looks for answers by staging participatory actions that he documents in photographs and videos. His practice is based on the observation that humans exposed to exceptional situations and the associated disruption of everyday routines coalesce into short-lived micro-communities.
The book brings together different layers of the project, combining the postal conversation by Woohi and Christian in which they introduce themselves to each other, image material from Tanaka's film and documentation, as well as reflective texts by the artist on the project. This is accompanied by texts from Migros Museum für Gegenwartskunst director Heike Munder, art historian Elsa Himmer, and Tong-Hyon Han, an associate professor of sociology at the Japan Institute of the Moving Image in Tokyo and expert in the field of the ethnicity of Zainichi Koreans in Japan.
Published on the occasion of the eponymous exhibition at the Migros Museum für Gegenwartskunst, Zurich, from August 25 to November 11, 2018.
In his diverse art practice spanning video, photography, site-specific installation, and interventional projects, Koki Tanaka (born 1975 in Japan, lives and works in Los Angeles) visualizes and reveals the multiple contexts latent in the most simple of everyday acts. In his recent projects he documents the behavior unconsciously exhibited by people confronting unusual situations, e.g. a haircut given by nine hair stylists or a piano played by five pianists simultaneously, in an attempt to show an alternative side to things that we usually overlook in everyday living. He has shown widely in and outside Japan: the Hammer Museum (Los Angeles), the Mori Art Museum (Tokyo), the Palais de Tokyo (Paris), the Taipei Biennial 2006 (Taipei), the Gwangju Biennial 2008 (Gwangju), the Asia Society (New York), the Yokohama Triennale 2011(Yokohama), the Witte de With (Rotterdam) and the Yerba Buena Center for the Arts (San Francisco).
order wishlist
Edited by Heike Munder.
Texts by Woohi Chung, Tong-Hyon Han, Elsa Himmer, Christian Hofer, Heike Munder, Koki Tanaka.
published in September 2018
English edition
17,5 x 23,5 cm (hardcover)
120 pages (60 color ill.)
32.00 €
ISBN : 978-3-03764-530-7
EAN : 9783037645307
in stock 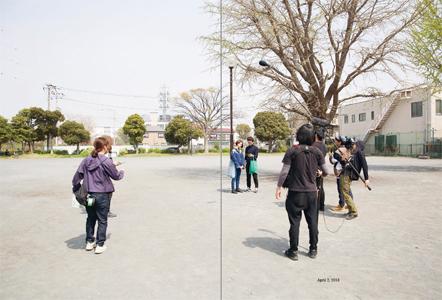 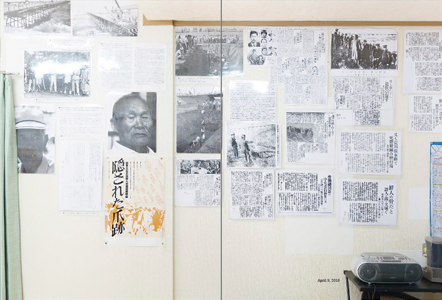