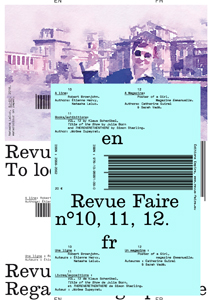 order
wishlist
Issues 10 to 12 of the critical review dedicated to graphic design, around Robert Brownjohn, Klaus Scherübel, Julia Born, Simon Starling, and Poster of Girl, Revue Emmanuelle.
#10: A line : Robert Brownjohn. Author: Étienne Hervy, Natasha Leluc.
The figure of Robert Brownjohn oscillates between New York and London, swaying between the 1950s and the 1960s, juggling, within the profusion of his production, with typographic games and photographic essays, identities on headed notepapers and advertising installations, packaging in the form of a rejected project and the opening credits that went on to become an archetype for every other spy movie. Constantly stumbling between life and ideas, the trajectory of this student prodigy of Moholy-Nagy who later became the design prodigy of swinging London is a line that never ceases to end. Whether he burned too bright or simply burned too much, this unruly genius forced the gaze of history to turn away, preferring to look elsewhere so as not to frighten the other well behaved children. Little matter the story, once it is signed Love B.J. This 10th issue of the magazine Faire contains original watercolors by Natacha Leluc.

#11: A printed exhibition: vol.19 by Klaus Scherübel, Title of the Show by Julia Born and THEREHERETHENTHERE by Simon Starling. Author: Jérôme Dupeyrat.
It is a question of observing and analyzing, through this text, how the practice of certain artists and Graphic Designers is built in a relationship and reciprocity with a practice of publishing and the exhibition, specifically according to two modalities:
– The exhibition imagined as an editorial process, according to a shift towards the space of the exhibition of logics of writing and shaping having their origins in the space of the book.
– The exhibition catalogue considered as a space and as a mode of amplification of artistic and curatorial work, beyond the strict documentary and critical issues usually vested in this type of publication.
The text will be developed beginning with concrete cases, and will focus more particularly on Julia Born by looking at Jérôme Saint-Loubert Bié, Klaus Scherübel, Yann Sérandour and Simon Starling, all while inscribing the analysis of their work into an extended history, from the phenomenon of the “gallery book” in the 16th century to the work of Marcel Broodthaers.

#12: A review: Poster of a Girl, Revue Emmanuelle. Author: Catherine Guiral and Sarah Vadé.
In the first half of the 17th century, French doctor Théophraste Renaudot launched a periodical, La Gazette. In it appeared the first “advertisements.” The initial meaning given to this term was that of rendering something public, and Renaudot, a man of multiple pursuits, endeavored then to apply his adage: “For just as ignorance dares desire, since it is impossible to desire what one does not know, even the knowledge of things makes us envious.”
These syllogistic and paradoxical relationships between the stimulation of desire, masked ignorance, and longing lead to the exploration of the tensions that exist between audience, advertising, and erotism. Leaning on the appearance of so-called “porno” magazines, and in particular the magazine Emmanuelle (launched by éditions Opta—Office de Publicité Technique et Artistique—in 1974), Poster of a Girl undresses “heroic masculinity,” to use the expression of philosopher Paul B. Preciado, all while exploring what could be a “magazine of pleasure” (the subtitle of Emmanuelle) in the stark light of contemporary techniques of dressing.
To open up Emmanuelle is, then, to open up a set of vanishing lines, from a print revolution to a cultural revolution, unveiling forms that are skilled, mercantile, or critical, the very forms in which Eros drapes himself.
Faire is a bi-monthly magazine dedicated to graphic design, published from October to June, distributed each two months in the form of anthologies of three or four issues. Created by Empire, Syndicat studio's publishing house, Faire is aimed for undergraduate students as well as researchers and professionals, documenting contemporary and international practices of graphic design, along with the history and grammar of styles. Each issue focuses on a single subject, addressed by a renowned author.

“Critical publications dedicated to the analysis of Graphic design are sadly few and far between today, particularly in France, but also in Europe as a whole. Adopting an analytical and critical posture with regard to the forms and activities of Graphic design, Sacha Léopold and François Havegeer intend to establish a printed publication that deals with these practices. The publication will work with seven authors in its first year (Lise Brosseau, Manon Bruet, Thierry Chancogne, Céline Chazalviel, Jérôme Dupeyrat, Catherine Guiral and Étienne Hervy). This initially limited choice, linked to a desire to propose an experience with a group that has previously participated together in projects, will then allow for the inclusion of foreign authors in the second year of publication.”
order wishlist
Texts by Étienne Hervy, Natasha Leluc, Jérôme Dupeyrat, Catherine Guiral.
published in April 2018
bilingual edition (English / French)
20 x 29 cm (softcover, plastic sleeve) + poster
3 issues of 20 pages (color & b/w ill.)
20.00 €
ISBN : 979-10-95991-09-0
EAN : 9791095991090
in stock 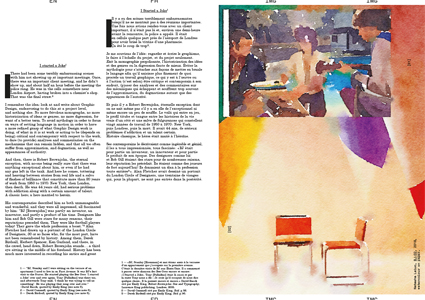 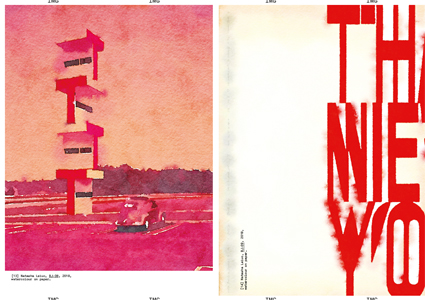 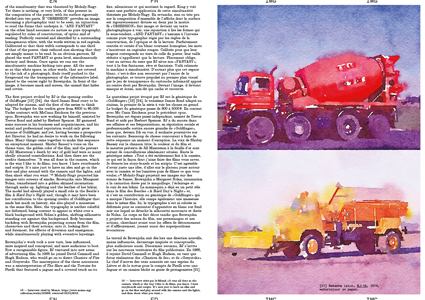 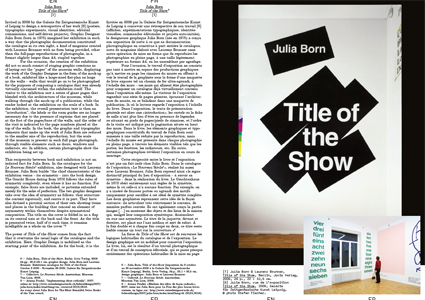 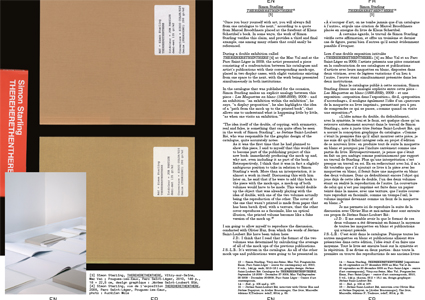 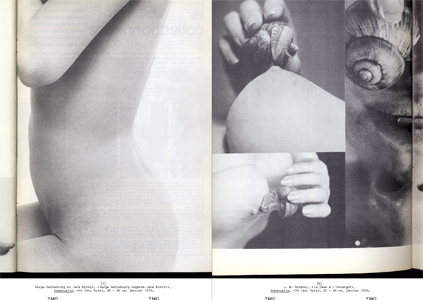 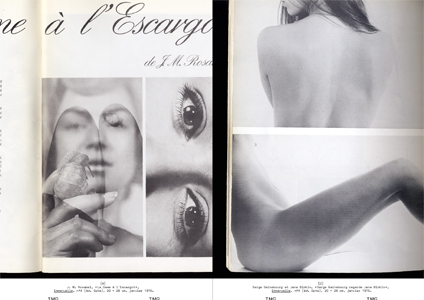