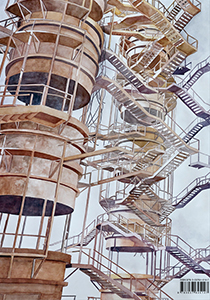 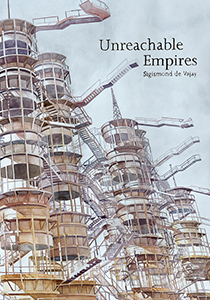 order
Conceived by Sigismond de Vajay, this artist's book combines 70 of his drawings with commissioned essays by Mexican novelist Mario Bellatín, French biologist and glaciology researcher Bruno Jourdain, and geography and biotechnology expert Elizabeth R. Johnson. Together, thanks to their intertwined dialogue around reality, fiction, science, knowledge, and the power of artistic approaches, they express a subjective vision of our changing times.
Vajay's practice emphasizes the systems that govern the planet, irregularities and social differences, power and global control. From a disenchanted perspective, his art oscillates ceaselessly between the human and the machine, the individual and the mass, or between nature and technology. The artist's works have in common a dystopian aesthetic, which allows him to address the condition of contemporary societies in a state of ruin. Through his pencil and watercolor drawings, produced between 2012 and 2017, Vajay explores themes and motifs such as postindustrial landscapes, endangered natural spaces, and lonesome machines, as well as complex human, natural, and architectural organizations. Some drawings are short stories to decipher, while others manage to show, in a single stunning image, the complexity of our times and our future. The authors chosen propose narratives—the adventures of the “Book Man”; “The Amazing Life of a Tiny H2180 Water Molecule”; the “Stories of Life and Warfare Beneath the Skin of the Earth”—which extend and enhance the drawings, thanks to time-travel, alternative realities, and troubling futuristic tales.
Published on the occasion of the eponymous touring exhibition at Xippas Gallery, Paris; Espace d'art contemporain, Porrentruy; and Ecole d'Art Gérard Jacot, Belfort, in 2013 and 2014.
By choosing dark, fascinating scenes, Sigismond de Vajay (born 1972 in Paris, lives and works in Buenos Aires) explores the impact of the consumer culture on our environment. Through traditional media (watercolor, engraving) as well as installations, de Vajay explores, as if he was a landscape architect, the contradictions linked to modernity. He seeks beauty within destruction and decline: the smoke of an industry, an airplane on fire in the sky, a building falling down… In a way, his works evoke imminent apocalypse and disaster.
“Thanks to Sigismond de Vajay's work, we can contemplate the destruction of organic material in all its dramatic extent, the mortal phallic luxury of the big rockets and the technological collapse in his eager willingness to dominate the world.” – Pedro Donoso
order
Edited by Sigismond de Vajay, François Mussard, Rompo.
Texts by Mario Bellatin, Bruno Jourdain, Elizabeth R. Johnson. 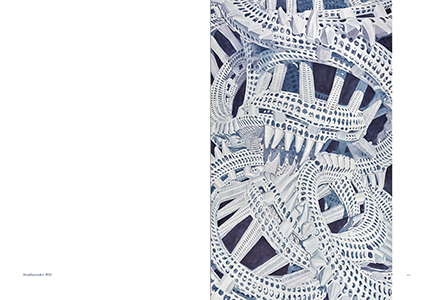 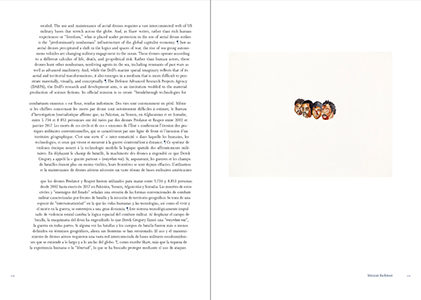 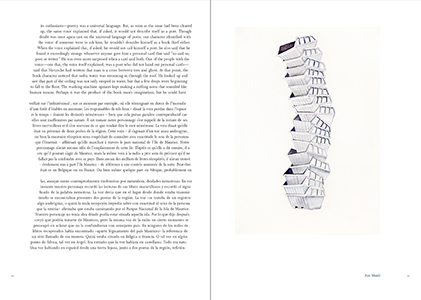 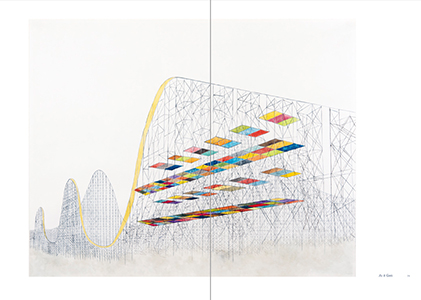