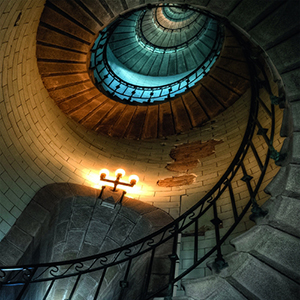 order
The first release in the “Mind Travels” Series, Je vous dis is a melancholic and sometimes terrifying record. Resembling the soundtrack of a situationist film, it is a true work of the mind, complex, poetic, and elegant, even in its darkest moments.
Including a coupon allowing to download the audio recording.

Also available on CD.
Geins't Naït (Thierry Merigout) and Laurent Petitgand have been quietly making and releasing music for 30 years. A unique chemistry that defies genres. As soon as you think you understand it it changes, the music constantly moves, like trying to grasp at a dream, just as you think you've got it it's gone and replaced by a new thought that leads you like Pan off of the path and into the woods to be lost forever. Petitgrand is best known for his collaborations with Wim Wenders. His soundtrack The Salt of the Earth won numerous prizes. Founded in the eighties, is the heir of the post-industrial scene, and often described as being influenced by surrealism and the Situationists.
order
Photographs by Francis Meslet.
published in May 2014
vinyl LP + download card
8 tracks
17.00 €
in stock