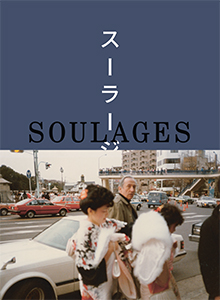 order
wishlist
A well documented bilingual (English / Japanese) publication presenting ten recent paintings by the artist, and highlighting the special relationship between Pierre Soulages and Japan, where his work was exhibited very early in his career and quickly enjoyed significant recognition. A unique catalogue, published on the occasion of the opening of Perrotin Tokyo.
Pierre Soulages has a special relationship with Japan, where his work was exhibited very early in his career and quickly enjoyed significant recognition. In 1951, his paintings were exhibited at the May Salon at Takashimaya. Soulages visited Japan for the first time six years later, during a long journey across Asia (Hong Kong, Cambodia, Thailand), taken upon the occasion of his participation in the Tokyo International Biennial, with his wife Colette and his friend, the painter Zao Wou-Ki. In 1969, the Tokyo MOMAT exhibited an ensemble of his canvases, before the major retrospective dedicated to him by the Seibu Museum of Art in Tokyo, for which Pierre Soulages returned to Japan with his wife. This exhibition then traveled to Korea, China and Taiwan. In 1992, Pierre Soulages was bestowed the Praemium Imperiale.
Since, Pierre Soulages' œuvre has been presented in several collective shows in Japan, recently at the Royal Museum of Ueno in Tokyo in 2008, at the Bridgestone Museum of Art of Tokyo in 2011, and again at the Suntory Museum of Art in 2017. His works are included in several public collections in Japan: the National Museum of Modern Art in Tokyo, the Hakone Museum of Art, the Bridgestone Museum of Art in Tokyo, the Museum of Fine Arts in Gifu, the Ohara Museum of Art in Kurashiki, Okayama, and the Sezon Museum of Modern Art in Karuizawa.
Published on the occasion of the Pierre Soulages exhibition, Perrotin gallery, Tokyo, from 7 June to 19 August 2017.
Pierre Soulages (born 1919 in Rodez, France) has gained international recognition as a prominent figure of both art informel, which arose in France during World War II, and abstract expressionism, its American counterpart. From the 1940s to the 1970s, black progressively conquered the surface of Soulages's calligraphic abstract paintings, which also incorporated subtle hints of color (mainly ocher and blue). His aesthetics radically shifted toward monochrome in 1979, when he initiated his lifelong series Outrenoir. He has been known as "the painter of black and light" ever since. Literally translating as "beyond black," Outrenoir opens onto a new realm that transcends purely gestural and monochromatic abstraction. Systematically applied in thick layers on canvas, black paint is meticulously scraped, striated, and overall sculpted to create smooth or rough areas that reflect light in various ways. By masterfully turning black into a luminous color, Soulages powerfully evokes the genesis of the world, which came out of darkness.
order wishlist
Edited by Raphaël Gatel and Manon Lutanie.
Texts by Pierre Encrevé, Yasuhide Shimbata, Takahiko Okada, Takashi Wada, interview with Pierre Soulages by Jean-Claude Bringuier. 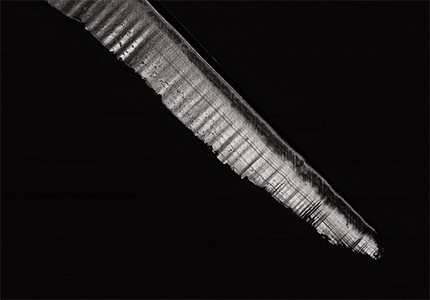 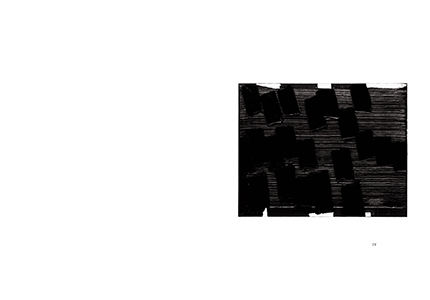 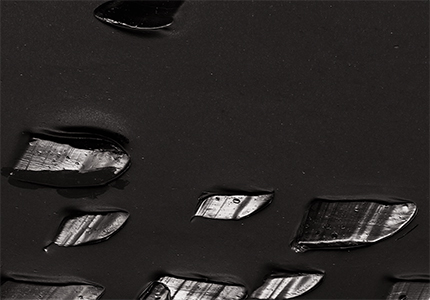 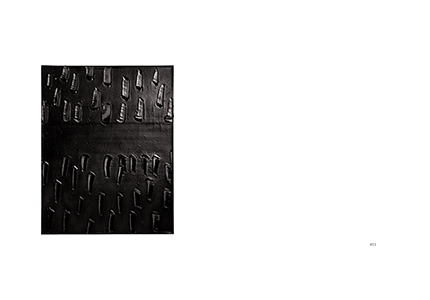 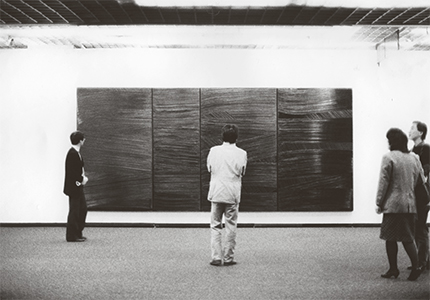 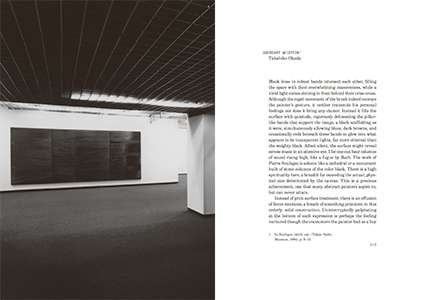 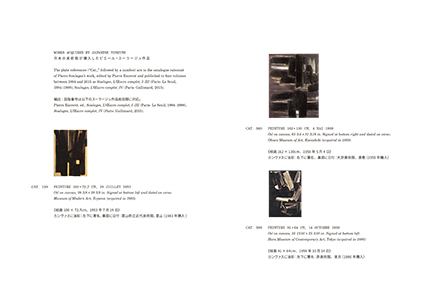 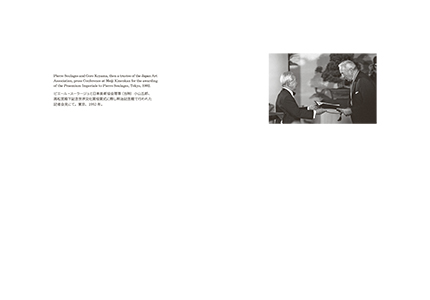 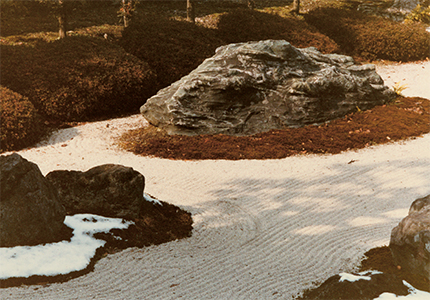 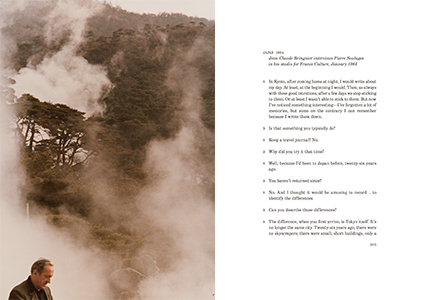