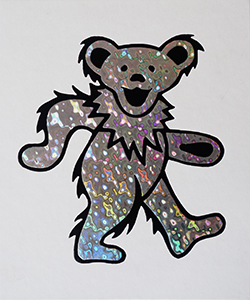 order
This publication results from Braegger's “The Grateful Dead” paintings series, ink jet prints of colorful psychedelic marching bears on canvas. These bears were used as a logo by San Francisco Sixties rock band The Grateful Dead.
The Grateful Dead released a record called “The History of the Grateful Dead” in 1973, on which they were working with a sound engineer called Bob Thomas, who happened to also be their acid dealer. They asked him to contribute a little drawing or something for the booklet that would come along with the album. Since Bob Thomas was a very big and tall guy, his friends would call him “the bear.” He came up with a cartoonish figure of a colourful, psychedelic marching bear. It had a look that was typical for the time: as if the viewer were on acid. LSD hallucinations always look alike, no matter who consume the drug. The bear was one of the first cultural logos that went around the world. The fan of the band were very intrigued by the motif and came up with their own, colorful versions of the drawing. The band liked these drawings and used them for flyers and posters. Even though the members of the band are long dead, the fans are still alive. They call themselves the “Deadheads.” The movement is ongoing. One can still find new drawing of the bear everyday on the internet.
See also Tina Braegger – The Grateful Dead – A Diary by Gabriel Krampus.
Born 1985 in Zurich, Tina Braegger lives and works in Berlin and Zurich.
order
Edited by Tina Braegger. 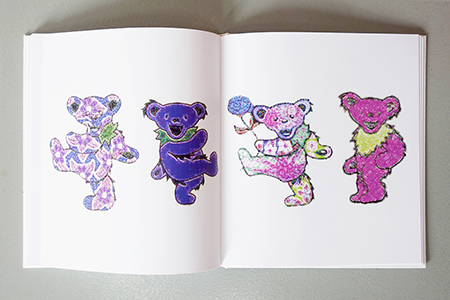 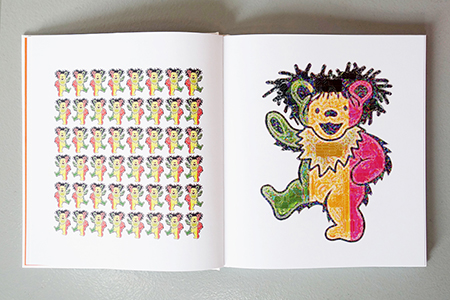 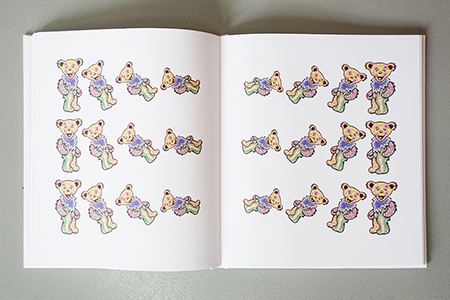