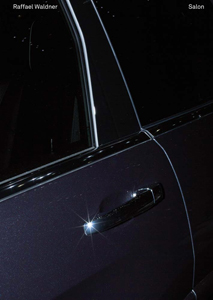 order
wishlist
Swiss-based artist Raffael Waldner is obsessed by car culture: its gloss, glamour and erotic undertones. In Salon, he focuses on motor shows, photographing—with superficial coolness––the hundreds of female models who act as car company ambassadors.
Swiss-based artist Raffael Waldner is obsessed by car culture, its mythology and phantasms, its contradictions, and the way it mirrors the evolution of the modern Western world. Since the late 1990s he has been carrying out research into the world of sports and luxury cars. His first publication Car Crash Studies from 2010 is a vast collection of photographs documenting accident-damaged cars as “natures mortes”—the cruel still lifes of a society that puts its faith in technology and mobility.
In this new book Waldner focuses on motor shows, the places where new cars are presented to the public for the first time. Called a “salon” in French, the motor show is a world of its own, a particularly glossy, glamorous mise-en-scène with an erotic undertone created by hundreds of models acting as car-company ambassadors. Waldner photographs the models in the same way that he shows the cars: with objective coolness, isolated from any context. As Jürgen Haüsler writes in his essay: “Waldner's photographs are illuminating: they show the before and after of the mise-en-scène at the motor show. Viewed from this angle, one is oppressed by the emotional emptiness of the exhibition halls, the coldness and unapproachability of the exhibits themselves, and the degrading uniformity that has been imposed on the workforce […] Waldner is capturing a moment in the biography of the automobile myth which transcends the concrete world of the motor show; a moment that with hindsight might one day be interpreted as the phase in which the end of the myth was announced—if only one's powers of observation had been sharp enough. In this sense it is similar to that family photograph in which the fatal illness of the beaming birthday boy could already be detected—if only one had studied it with enough sensitivity.”
Gathering together 100 photographs from the Salon series realized in Paris, Frankfurt, and Geneva between 2011 and 2016, as well as essays by Martin Jaeggi, critic, curator and lecturer, and Jürgen Haüsler, former Chairman of Interbrand Central and Eastern Europe, this book allows an intimate insight into a world full of aesthetic attitudes, superficialities, and materialistic dreams.
Raffael Waldner (born 1972 in Basel, lives and works in Zurich) is a professional photographer whose work has been exhibited in numerous exhibitions worldwide. He was part of the “Regeneration 50 Photographers of Tomorrow” project and has been developing an extensive and complex body of work called Car Crash Studies for ten years. Fascinated by photography located at the crossroads of the artistic and documentary genres, Raffael Waldner aims to depict the ambiguity of everyday live. Whether in his series on industrial landscapes or his series on cars he observes everyday locations and everyday objects that have lost their original function.
order wishlist
Edited by Markus Bosshard and Jürg Trösch.
Texts by Martin Jäggi and Jürgen Häusler. 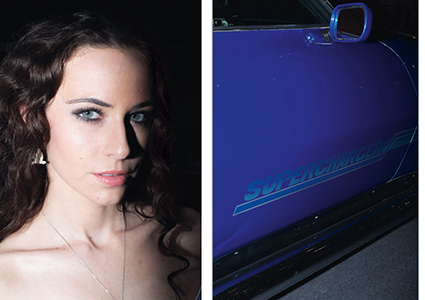 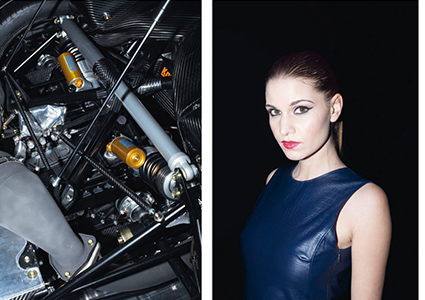